New that Swedish furniture chain Ikea is only stocking LED light bulbs could change consumer behaviour and change the way we illuminate our homes forever. 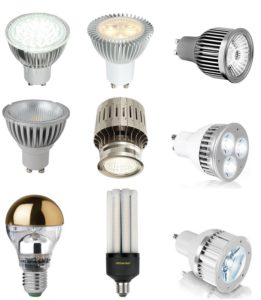 The retail chain sells about 2.3 million bulbs in the UK each year, and LED lights are rising in popularity because they are not only up to 10 times more energy-efficient than conventional bulbs, they last several years.

According to the Energy Saving Trust, a household that replaces its halogen bulbs with LED alternatives could save about £30 a year on their electricity bills.

The benefits of LED bulbs?

In light of all the above, isn’t it time to replace those energy zapping unreliable lamps with a few LEDs? Although you may be put off by their pricier tags you need to remember that your maintenance costs will decrease and your energy bills will be reduced, thus making them a cheaper option in the long run. But what if they don’t fulfil their expected lifespan? Well most established brand names will attach a guarantee to the bulb so if they did die before their labelled date, you’ll be covered!

The 6 Best Appliances for Your Kitchen Renovation