The metropolitan district of Bradford in West Yorkshire has a population of about 534,000 and more than a millennium’s worth of heritage behind it.

Bradford, which is the UK’s fourth largest metropolitan district, also has a university with a strong academic reputation. This makes it a city of interest to investors in one of the UK’s current hot asset classes – student property. 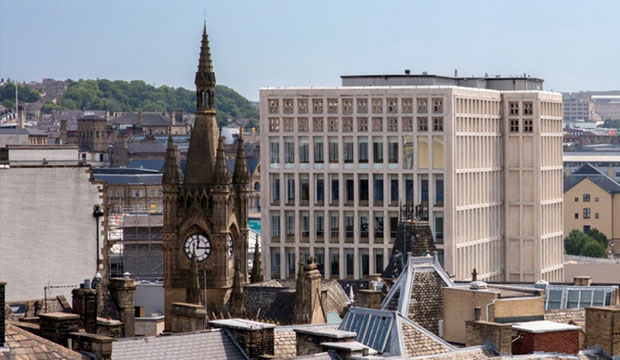 Bradford University has a robust and growing reputation, particularly as a business school. In 2015, Bradford was ranked in the top 100 global business schools because it is one of only 58 in the world to hold all three major industry accreditations.

It also offers one of the top 10 MBA programmes in Europe, and has been ranked in the top 50 universities for quality of research and in the top 20 for employability.

Bradford’s profile as a university destination is on the rise. Last year, it was among a handful of universities that managed to leap up by more than ten places compared to 2014.

The strong and still-improving profile of the University of Bradford, along with a general upward trend in student numbers, is leading more and more young people to come to the city to study with each new round of UCAS applications.

Across six different subjects, Bradford also ranked in the top 25 universities for international students, so it is not just young people from the UK who are coming to study in the city.

The growing profile of the University of Bradford is perhaps unsurprising, as the past 10 years have seen the university pour £120m into improving its facilities. With £30m of further investment recently announced, it is likely that Bradford’s upward trend in the academic world will continue.

What this means for investors

Across much of the UK, there is a shortage of student beds. Though providers of purpose-built student accommodation – an increasingly popular housing solution for young people in full-time study – have been busy with new developments, consistent year-on-year growth in student numbers has prevented them from doing much more than maintain the status quo in terms of meeting demand.

Bradford’s appeal to potential students has been growing especially rapidly, and is forecast to continue doing so with fresh investment and an expected 30% rise in student numbers by 2024.

Bradford’s high rankings for international students are also a pertinent point when it comes to purpose-built housing – an important sector for investors as it offers high returns, low outlays, full management and a growing demand base.

International students are one of the key demographics making use of purpose-built accommodation, as it is these students more than many others who are often willing to pay extra for a higher standard of housing.