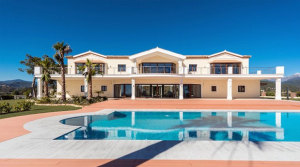 With the Spanish property market’s recovery continuing, interest among British investors is a key factor contributing to a recent rise in purchase activity.

In addition to the prospect of capital appreciation if the recovery continues as forecast, one of the main attractions for British investors is the current weakness of the euro. While this is causing other sectors in the Eurozone economic concerns, property investors are using certain stronger currencies to benefit from a favourable exchange rate. This includes UK buyers dealing in sterling, with the pound currently sitting atop a seven-year high against the euro.

This means British buyers are now able to pick up Spanish property bargains at a time when their value is rising. But it is not just British buyers who are taking advantage of the weak Euro. Investors from other markets, such as Switzerland, are also finding Spanish properties more affordable in the face of strong exchange rates.

The Germans are also chasing Spanish property because, like the British, they are drawn to Spain as a sunny holiday destination. On the island of Mallorca, German tourists represented 38.6% of international arrivals last year and are such a significant presence that they have their own local radio station and weekly newspapers.

While they share the euro with Spain and therefore do not benefit from exchange rates, current economic conditions still make property investment a popular option with negative interest rates placing a cost on the money that wealthier Germans hold in the bank. With Spain’s property market in recover and the island of Mallorca so closely tied to Germany, this is proving a natural and popular choice for many Germans choosing an overseas property investment destination.

International investors are also paying closer attention to Spain as a result of new legislation relating to its Golden Visa scheme. The rules surrounding the scheme, which grants citizenship to non-EU property investors, are being relaxed in an attempt to attract greater quantities of foreign funds to the Spanish real estate market.

So far, 530 investors have gained Spanish citizenship through the Golden Visa scheme after investing at least €500,000 in property, and this figure is set to rise because the application process has been made easier and the benefits of citizenship granted through the scheme have been extended.

Previously, the benefits of EU citizenship would have only applied to the investor, their spouse and their children up to the age of 18 (or any age if disabled). Now, it applies to all children regardless of age, to unmarried couples and to relatives who are economically dependent on the investor.

House prices in Spain rose 0.2% in the last quarter of 2014, compared with the same period of the previous year, according to the European Commission statistical office, while property values on the Mediterranean coast are increasing for the first time 2008.

Investment bargains are still out there, but British buyers are advised to move quickly in the face of increased competition from investors outside the Eurozone seeking their place in the sun. For advice on buying property in Spain, contact investment property specialist Hopwood House.