Without doubt 2019 has so far proved a year of change within the buy to let sector. 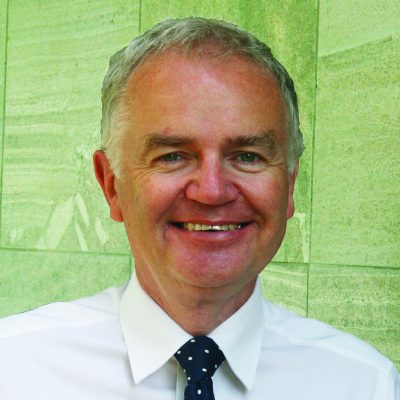 At a time of Brexit uncertainty, political and economic uncertainty, what can landlords expect from the private rental sector in the second half of 2019?

Andrew Turner, chief executive at specialist buy to let broker Commercial Trust Limited, looks at some of the trends set to continue.

The first half of 2019 has brought wide-sweeping changes to the private rental market and it will inevitably take time for stakeholders to become accustomed to the new requirements.

• The Tenant Fees Act 2019 came into effect on June 1st and will have significant impact on the letting agent financial model.

Many expect agents to pass on extra costs to landlords, to compensate for the traditional revenue streams they had from tenant fees (now outlawed). This could result in landlords hiking rents.

• The Homes (Fitness for Human Habitation) Act 2018, came into force in March of this year. This has put extra emphasis on landlords ensuring that defects within a rental home are quickly resolved. Tenants have new powers to take landlords to court, if major hazards are not addressed.

• From April 1st, 2019, any letting or property management agent who holds client money on behalf of a landlord or tenant, must belong to a Government-approved Client Money Protection Scheme.

What else could happen over the coming months?

In early April, Housing Minister Heather Wheeler, told the annual conference of the Association of Residential Letting Agents that more legislative changes were on the way for the private rental sector.

We await those Government announcements, but here is a selection of topics landlords need to stay on top of.

Landlords are braced for the next twist in Government plans to revise the repossession process.

In April, the Government announced that it wanted to scrap Section 21 “no fault” evictions, to offer tenants greater reassurance and stability. It said it would consult on the matter in the coming months.

However, the statement brought outrage and concern from some corners. The Residential Landlords Association warned that landlords need reassurance that their rights are carefully considered, if not that they could leave the sector in vast numbers, should Section 21 end.

The RLA has conducted its own survey on the issue and reported a record number of landlords got in touch to raise their concerns and share their experiences.

The Section 21 process is currently slow and whilst most stakeholders accept there needs to be change, the concern is that Government amendments need to reflect everyone’s best interests, including landlords.

The suggestion is that in legitimate cases, the law should allow landlords to regain possession quickly and lawfully.

This emotive topic is one set to run for some time, whilst the Government collates feedback.

The Government’s controversial Right to Rent rules took effect from 2016, but were deemed in breach of human rights law and discriminatory, in the High Court earlier this year.

Right to Rent puts an emphasis on the landlord to carry out checks on prospective tenants, to ensure that they have the right to live in the UK. Failure to do so – and renting to an illegal immigrant, carries high penalties for a landlord.

This, the High Court contests, has motivated many landlords to “play safe” and only accept UK residents as tenants, discriminating against anyone else.

Brexit adds further confusion to this situation, as landlords, agents and tenants await clarity on the rights of EU citizens after the UK has left the European Union.

With Brexit’s date moved to October 31st, 2019, the uncertainty is likely to roll on for several more months yet, as the Government insists Right to Rent will continue, despite the legal challenges.

Could political change be a catalyst for buy to let revision?

Perhaps more of a long shot, but at the time of writing, Conservative MPs are queueing up to contest leadership of the party and become the next Prime Minister.

Among those with their names in the hat are former Housing, Communities and Local Government Secretary, Sajid Javid.

Will the next Prime Minister be politically savvy when it comes to housing and seek to curry favour and re-build bridges with landlord voters?

A recent National Landlords Association survey reported that 85 %of landlords would vote against any political party proposing to remove Section 21, with 89% opposed to any party proposing rent controls.

Just one in six private landlords said they would support the Conservatives in an election, in light of the tax changes made to the buy to let industry in recent times.

A number of high profile Conservative MPs have over the past few months called for changes to what has been perceived as a damaging policy towards private landlords.

“I think there have been some mistakes made. I think we really do need to ensure that we keep the social rented sector functioning, and with reasonable margins so that [landlords] stay in it, otherwise we’re going to be pushed to find rental properties for people and some of that pressure already exists.”

Jacob Rees-Mogg stated in 2017 that stamp duty must be cut “as a matter of urgency”, warning that a failure to do so, could cost the party the next election.

Meanwhile, Boris Johnson, another candidate for next Prime Minister, called for the abolition of stamp duty (which he described as “absurdly high”) in 2018.

With the private rental sector accounting for 19% of homesteads in 2017-18 (English Housing Survey) and homelessness an ongoing issue, will a new Prime Minister see the need to offer landlords the carrot rather than the stick?

Will bridging and alternative financing grow?

Brexit uncertainty, high house prices and lack of affordability have led to stagnation within the housing market.

This is true of buy to let every bit as much as the residential sector.

Many people are electing to stay put, rather than sell or move. A lot of those homeowners are choosing to further develop properties in the hope of improving living conditions and perhaps adding capital growth to the value of their home.

Within the buy to let sector, this makes sense for landlords who need to meet not only the requirements of the Homes (Fitness for Human Habitation) Ac 2018, but also tightening rules around Houses of Multiple Occupation (HMOs).

Landlords who own shops will be able to convert these to office spaces without having to apply for full planning application.

These legislative changes could serve as a catalyst for more people to look at conversions, potentially increasing demand for bridging loan finance and commercial or semi-commercial mortgage financing.

The effects of inflation and Brexit continue to keep prospective Bank of England base rate changes in check.

At present, there is somewhat of a buy to let mortgage war, with the number of products the highest it has been for twelve years, according to Moneyfacts.

Lenders continue to operate with squeezed margins as they offer lower rates and incentives like cashback and free valuations, to undercut rivals and entice buy to let borrowers.

The question is of course, how sustainable is this trend and will we see rates rise before the end of 2019?

This question could equally apply to the Bank of England base rate.

Outgoing Governor Mark Carney, suggested in early May, that interest rate rises could be “more frequent” than expected, if Brexit is resolved and inflation and economic growth increase.

Any increase in base rate is likely to have an effect on lender rates.

With house prices having stalled in many areas, the plethora of competitive buy to let mortgage deals and the possibility of interest rates rising, the second half of 2019 might be an ideal time to take advantage of a buyers’ market.

Whilst on the subject of economics, one should not forget the impact of a weakening pound sterling.

A depreciating pound, as a consequence of Brexit, has perhaps played to the favour of expats, looking to invest in UK rental property.

Whilst there is no guarantee of future currency fluctuations, we have seen the number of lenders in the buy to let expat market increase over the last year.

However, there are a number of considerations for expats, when applying:

• With most lenders, the applicant must be a UK citizen.

• They will need to provide proof of income.

• In most cases, the expat will need to be an experienced landlord.

• In some cases, there is a better chance of being approved, if employed by a blue chip company.

• Most lenders won’t lend if the expat lives in a UN-sanctioned country.

• Whilst the number of lenders offering expat buy to let mortgages has increased, it remains a limited market and interest rates are usually higher.

• In most cases, the lender will expect an expat to have at least 30% of the property value as deposit.

• It may be harder for an expat to keep up to date with domestic changes in legislation and to manage the property.

Increased professionalization of the PRS

Finally, we can expect a greater degree of professionalism and a larger proportion of experienced landlords with existing portfolios, to dominate the buy to let sector.

The changes that have taken place over the past three years, have had more of an impact on landlords with smaller portfolios of one or two rental properties.

The so-called ‘accidental landlord’ has found their margins squeezed by ongoing tax changes while landlord obligations have become more strenuous.

Landlords with larger portfolios and more equity, have arguably been better placed to make additional purchases – and are often better prepared, or more willing, to cope with change. They may well snap up properties sold by anyone leaving the sector.

Specialist lender Paragon, reported a significant increase in the number of landlords with large portfolios, applying for buy to let lending in the first half of 2019.

Indeed, the lender said that 88% of its total buy to let business came from landlords using limited companies operating large portfolios, an increase of 16% year on year.

Despite so much upheaval – and with more likely to come, there remains an upbeat note for landlords who retain their appetite for buy to let.

Market conditions remain conducive for borrowers and there are some terrific deals out there reflecting low interest rates and incentives.

However, with so much change within the industry it is imperative that landlords keep up to date with what is happening and how it impacts them. My weekly newsletter aims to do just that.