Ah, Scotland. It’s quite mind boggling as to the amount of issues the bid for independence has thrown up. Even those who’ve been living in a hole for the last year must realise that although Scotland voted No, things are very unlikely to go back to ‘normal’ whatever that may mean. This is because in a desperate last minute bid to save the Union, David Cameron, along with ex Labour Prime Minster Gordon Brown (yes, some indeed may ask what he was doing there); promised all sorts of extra goodies to Scotland – without consulting those living south of the border – who’ll inevitably have to pick up the tab. This, in turn, unleashed a whole can of worms – such as questions about the West Lothian question – where Scottish MPs vote on issues that only affect the English; as well as debates about the validity of the Barnett Formula. The problem with the formula is that it’s based on population rather than need, so sees your average Scot getting more spent on them per head than the English. 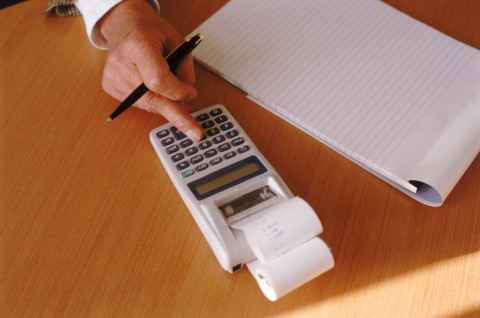 Therefore, Conservative MPs (worried about the reaction of their constituents when they realise the full extent of the Scottish deal) are now pushing for an English Parliament (which could end up being very complicated). David Cameron has pledged he will devolve powers further. Labour is not keen – understandably – as this would make things very difficult for them as they have some 40 odd MPs in Scotland who could be unable to vote on issues affecting the UK.

Phew – now that’s over – let’s look at how the new vote could end up affecting Stamp Duty. We had to explain a bit of the background first; but the good news is that the result could trigger new demands for tax reform south of the border…

Two years ago, politicians in Scotland put a mechanism forward to replace Stamp Duty on sales. The new tax was called the Land and Buildings Transaction Tax – or LBTT. Despite the fact that there’s been a No vote, the tax will still come into effect in April next year. It won’t matter who buys or sells the property as long as the property is in Scotland. The collecting body will be Revenue Scotland instead of HMRC.

What will the new thresholds be?

Politicians claim they’ll make LBTT ‘progressive’ rather than ‘slab’. This means that it’ll work rather like income tax – where the higher rates kick in at different thresholds. Holyrood ministers have apparently hinted it could be zero percent up to £180,000 and after that the rate would be graduated. However, for homes above £300,000, the tax may be more than under UK Stamp Duty. Apparently a £400,000 home may have a £16,500 tax, a half a million home a £24,000 tax and a £1 million home some £61,500 tax.

How would this affect England?

If, as David Cameron pledges, there ARE greater powers devolved to England and other regions, this could mean that politicians will discuss Stamp Duty again and make an appropriate change. After all, it’s been an issue that has so far taken a back seat for ‘UK’ parties, despite the fact it’s pulling more and more properties into the net due to house price inflation. However, with specific nations receiving more power depending on location, politicians could feel the pressure to reform the detested levy. Whether it would be first time buyers being exempted from the tax; or some kind of incentive to get cash-poor asset-rich owners to ‘downsize’ this could be the catalyst for change.

We can only wait and see as to how things play out. Perhaps finally the Stamp Duty problem will be given serious attention.