Among the many negative consequences of man-made climate change is the increased incidence of extreme weather. The Intergovernmental Panel on Climate Change has shown that there is evidence of a significant rise in heavy rainfall, extreme sea levels, and temperature extremes.

The construction industry has a role to play, not only in mitigating this problem by making new builds as green as possible but by designing them in such a way that they can resist extremes of weather. This might be done by switching to different materials, like lead flashing alternatives, or it might be done through more fundamental cultural and design changes.

So, what steps might be taken to make new builds as resilient as possible? 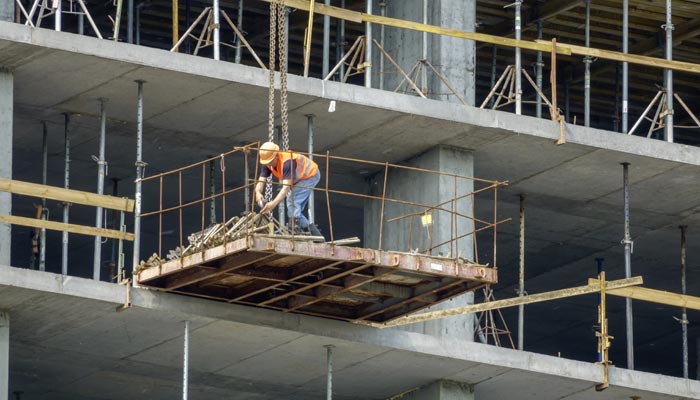 One potential approach is to simply look at the countries which already put up with the weather we in the UK might look forward to in the future. If temperatures around the world rise by 4°C by 2100, then we can just look to countries whose temperatures are already four degrees higher than that of the UK.

Of course, this approach fails to account for the need for a low-carbon strategy. Therefore we’d be aping the chunky villas of the Mediterranean rather than the glass monoliths of Dubai.

For decades, we’ve had the ability to create enormous glass structures. But glass isn’t as efficient as brick and mortar when it comes to heat retention. Moreover, windows lack the longevity and resilience of a brick wall. Skylights, for instance, are a great way to get natural light into a loft space – but if they’re smashed by a hailstone, they’re more difficult and expensive to fix than the surrounding roof-tiles.

As Professor David Coley of the University of Bath puts it, “We need to build buildings with windows, rather than buildings that are one big window.”

Sustainability is something that can be quantified in a number of ways. Construction businesses might therefore set themselves targets, and publish their performance. Thousands of companies now submit their data to the Carbon Disclosure Project, and thousands more might do so in the future as public awareness grows. This transparency makes it easier to identify which companies are performing well, and which are not.

Construction is a complex industry with many autonomous agents operating in it. If sub-contractors are not included in a conversation about sustainability, then it’s fairly clear that the required change is never going to be implemented in certain corners of the industry. Improving relations and communications with all professionals in the industry should therefore be a priority.