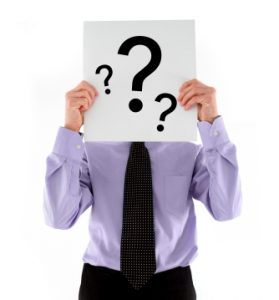 While recently watching some reruns of Colombo I was reminded of an estate agent friend whose frayed shirt cuffs and casual demeanour belied an absolutely astute mind when it came to matching buyers to the perfect property. It got me thinking that in such a competitive industry, such idiosyncrasies can make an agent stand out from the crowd and so if your agency were a TV detective which one would it be?

Famous for his scruffy charm, wreck of a car and dopey dog, Colombo’s shambolic appearance often lured suspects into a false sense of security, seeing Colombo as just another bumbling police officer. However it was Colombo’s seemingly throw away remarks that always caught the perpetrator out in the end.

As an estate agency your office may well have seen better days and although you may have a computer and a basic website still, the most valuable information is in your head or on scribbled notes somewhere amongst the pile of papers on your desk. Yet, like Colombo it is your affable manner and most likely your amusing industry anecdotes that win people over. Along with snippets of useful deal clinching trivia about the locality that make your business consistently successful. Just be careful that you don’t become a parody of a ‘charming old duffer’ and your agency left behind the times.

Tom Selleck as Magnum had it all; Good looks, fast cars, beautiful women and exciting job.

Perhaps your agency is a little like Magnum. The latest gadgets, great cars, slick advertising and good looking, eager staff. Don’t forget however that Magnum actually lodged for free, borrowed the Ferrari and ultimately lived off the generosity of his private-club owning friend, Rick. As for Magnums exciting job, the implied joke each week was that most of his cases were in fact exposing unfaithful husbands.

Yet deep down Magnum had a lot of integrity and genuinely wanted the best for his clients. So learn from Magnum and make sure your agency is establishing itself as a serious contender in the marketplace and not just boys playing at being in business. After all, both looks and cars depreciate over time.

Okay not originally a TV detective but recent revivals of the character have brought Sherlock Holmes a renewed popularity. Both in his original incarnation and now, Sherlock Holmes was always one step ahead of everyone else. He pushed the boundaries of detective work with his use of scientific methods and his contemporary characterisation exploits that even more so.

Your agency is serious about technology and you may be regarded as a ‘big player’ in the property industry. Your website is all singing and all dancing and your phone system alone is probably more advanced than some of the computers of smaller agencies.

Yet like Holmes, something is missing. The human factor. Holmes was exceedingly aloof. His demeanour often as cold as the bodies of the murders he solved. Perhaps your agency would benefit from doing some local charity work or supporting a summer fete? Of course it’s all about social sharing so make sure that newsletter and twitter feed is kept up to date.

Serious crime fighters, the Sweeney were TV’s first realistic portrayal of a police force, in particular the flying squad. The Sweeney dealt with everything that regular police couldn’t handle and they cracked crime in their own inimitable way. That being to catch a criminal you have to act like a criminal and certainly their methods sometimes strayed onto the wrong side of the law.

You may not have meant to become the bad boy of the industry; it was just that one back-hander, and no one was going to find out, and then he had a mate and well if you over valued the property a little bit, where’s the harm? Anyway you think regulation is for wimps. For every customer that complains there’s always another punter who knows what it really takes to seal the deal. ‘Know wot I mean guvnor?’

Unfortunately your agency gives the whole industry a bad name and certainly will never do your own personal reputation any good in the long run. So maybe it’s time to have a rethink about how you conduct your business. Remember, the real flying squad ended up crash landing.