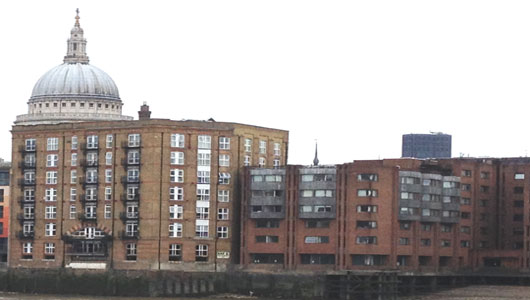 Estate agents in prime central London claim two recent headines in the national media that talk up prospects of rising property values do not reflect their experiences on the frontline of the capital’s wealthiest corners.

And prices in prime central London rose 33% in 2014, with the average value of a flat in areas including the Royal Borough of Kensington and Chelsea and the City of Westminster hitting £1.74m, according to research by asset management firm London Central Portfolio.

“Contrary to popular reporting in 2014, prime central London has continued to show very strong price growth,” says LCP CEO Naomi Heaton. “Prime central London continues to benefit from its safe haven status in the face of global political and economic volatility. Despite being hit hard by the various taxes introduced during 2014, it continues to attract investment as one of the most globally desirable centres in the world.”

Heaton’s views are at odds with research by property search engine Home.co.uk, which reports that on average the price of a flat fell by 9% in central London in the 12 months to January 2015. Over the same time, the number of flats for sale in central London has increased by 64%.

Since November 2013, the price of a typical flat in Belgravia has fallen 20% from just under £2m to £1.6m, according to the online property price database.

Home.co.uk also reports that central London locations dominate its latest list of biggest house price falls across the UK, with values in Belgravia falling by 10.3% between January 2014 and January 2015 and Cromwell Road in Kensington experiencing a slump of 8.3%. “Of the 20 UK areas with the biggest annual fall in sales prices, 11 are in London,” it says.

Are property prices in prime central London going up or down? According to one estate agent, the residential market in this part of the capital is “operating in an increasingly febrile political environment, where the debate surrounding the merits of a mansion tax frequently takes centre-stage”.

Savills reports the price of an upmarket London home fell by more than 4% in the last three months of 2014. The business puts this down to a combination of political uncertainty and the introduction of higher stamp duty rates for high value homes.

The international property group’s views are supported by research from the London arm of US real estate giant JLL, which shows it experienced a sharp reduction in prime central London transactions.

Its comparison of house transactions in Knightsbridge, Chelsea, Belgravia and Kensington found that just nine sales were completed last month compared with 25 in January 2014, a fall of 64%. However, the average rate per square foot of all the houses sold across prime central London postcodes has remained stable at around £1,800.

Surveyors appear to back up the views of central London estate agents. The RICS UK residential market survey for January points to conditions in the London market continuing to deteriorate with prices, buyer enquiries and sales falling. The latest data shows 49% more respondents saw prices in the capital decline and the short-term confidence outlook is negative, despite the longer terms sales outlook being more upbeat.