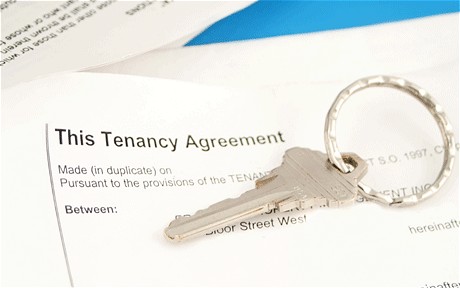 Before the Tenancy Deposit Protection Scheme life was simple. Tenants moved in, you took a deposit from them and then you meticulously inspected the property when they moved out. If there were what you deemed to be signs of damage; you’d withhold the money and ask for an explanation and eventually reach a compromise. Or, on the other hand, you’d have to go through a long-winded tribunal process if one party disagreed.

However, the introduction of the Tenancy Deposit Protection scheme by the government in 2007 changed everything. From then on, it became obligatory for landlords to put deposits into government-backed deposit schemes if they rented out their homes on assured shorthold tenancies. The aim was to make sure that tenants who paid a deposit to a landlord or letting agent would receive most of it back – as there were so many complaints that landlords were unnecessarily holding money back for very minor reasons and not explaining why. According to data, some 13 percent of deposits in 2008/09 weren’t returned at all and nearly one in five (or 17 percent) of tenants who had some or all of the deposit withheld, felt that this had been done unjustifiably.

These kind of problems mean that landlords sometimes get a bad rap (boo, we think this is unfair) as there are plenty of times when tenants don’t look after properties and it’s perfectly justifiable to hold back money. However, in theory at least the TDS (we’ll call it that from now on) makes things a little more formal.

We’re sure many of you are aware of the scheme in general – but for all you new landlords out there, here’s a quick summary:

You MUST place your tenants’ deposit in a scheme within 30 days of the tenancy being agreed. The main options in England and Wales are: Deposit Protection Service (Custodial and Insured), MyDeposits and Tenancy Deposit Scheme. The following, however, do not need to be registered with a scheme:

If you’re given jewellery or another valuable item, this doesn’t have to be registered either.

As well as this, deposits taken before the 6th of April 2007, don’t need to be protected by a scheme – but if it’s been renewed since then, the initial deposit must be lodged with a TDS. Also, if you’ve been given money to secure the property before an ‘official’ agreement has been signed, you don’t have to protect the deposit.

The scheme makes sure your tenants get their deposits back if they pay the rent and bills and don’t damage the property.

What happens in the event of a dispute?

The basic rule is that the deposit must be returned to your tenants within ten days of you agreeing how much will be given back. If you’re in a dispute, the money will be protected in the TDP scheme until the issue is settled.

For some landlords this change seems a bit too stressful – so some have been asking as to whether they should bother taking a deposit at all. There are a few options available in such a case – which include: