We were looking for space. A place where weekends feel like a haven, not an extension of the congestion that central London closes in around you.  Kensington is cool but there comes a time….

We wanted to do the ‘move out of the city’ thing properly – classic markets, great schools, leafy lanes – AND we wanted to stay in London’s orbit for commuting and keeping up with friends.

With all these awards, it’s a surprise we hadn’t heard of Rutland before.  The truth is, England’s smallest county is full of surprises.  Up near Northants, next to Cambridgeshire, we have much more than the massive lake, Rutland Water.

Since we moved up here from London, the biggest thing we’ve discovered is that we can have the best of both worlds.

Here’s what I mean: 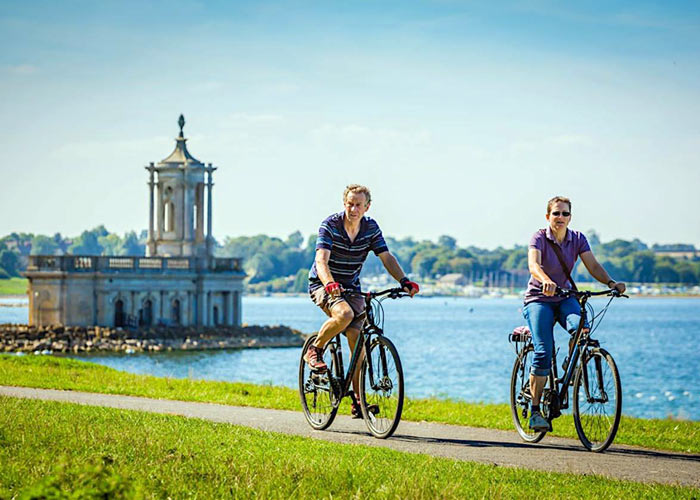 #1.  We can cycle by the lake before breakfast and commute to the City for work

The fast trains from a choice of stations mean my husband can work in London.  But since Rutland is a playground for sport – amazing golf courses, busy sailing clubs – we can blow off steam in the freshest air. 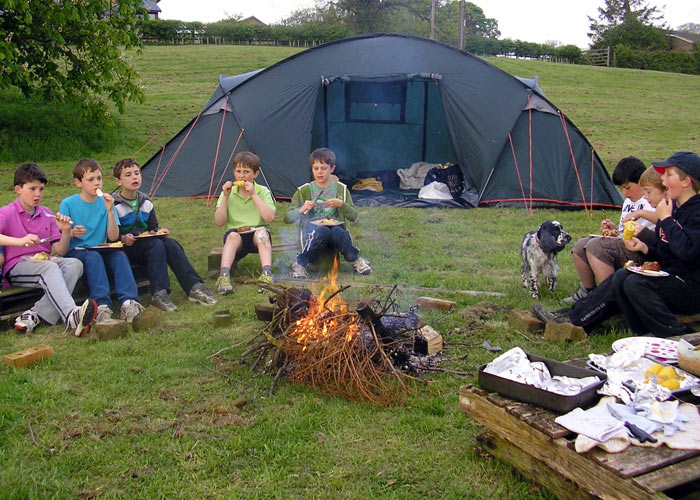 #2.  We let our kids roam and feel they are always safe

Adventures in the fields and woods. Paddling and bouncing on the Water (home to the UK’s tallest inflatable obstacle).  Our children have space and freedom. Far away from any worrying stuff.  Traffic is no longer a headache. Rutland has more tennis courts than traffic lights.  Play never stops.

#3.  We live somewhere off the beaten track and get to see it on the telly

People may not be able to place Rutland on the map, but they have seen it on the screen.  The impressive palaces, castles and local towns have been used as sets for films and acclaimed television series.  I feel that we live somewhere famous!

#4. We can walk to the farm for eggs and to a Michelin-starred restaurant 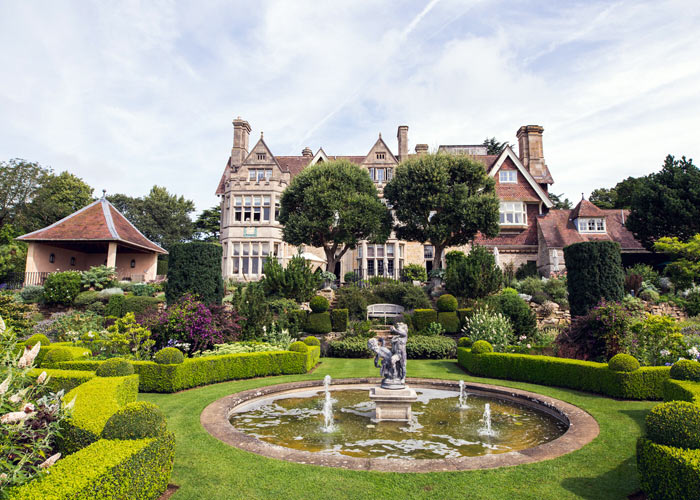 In my village I do both!  In Rutland the highest quality restaurants sit humbly within communities of regular folk.  The farmers give not just eggs but our kids an education in where food comes from. And for our own education in Michelin-starred meals, my husband and I don’t have to even take the car!

With Rutland Water one of the biggest man-made lakes in Western Europe, sailors of every calibre – up to Olympic – have made this a boating community.  We have friends who’s daughter trained for a world championship on the lake in front of us.  But here we are tucked between the M1 and A1!  You don’t get that in Cornwall or Sandbanks! 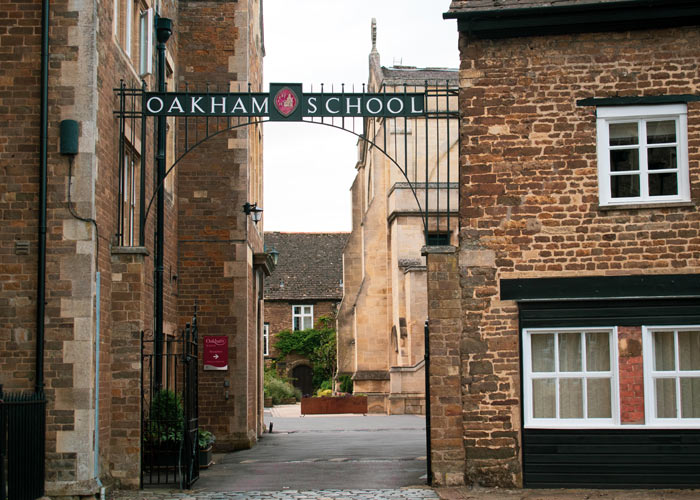 Private schools in Oakham, Uppingham and Oundle have jaw-dropping facilities and great records in all departments.  We are not big fans of boarding, we like to see our kids at breakfast – even if they don’t want to see us! –  so we get the best of both worlds by enrolling them as day pupils. 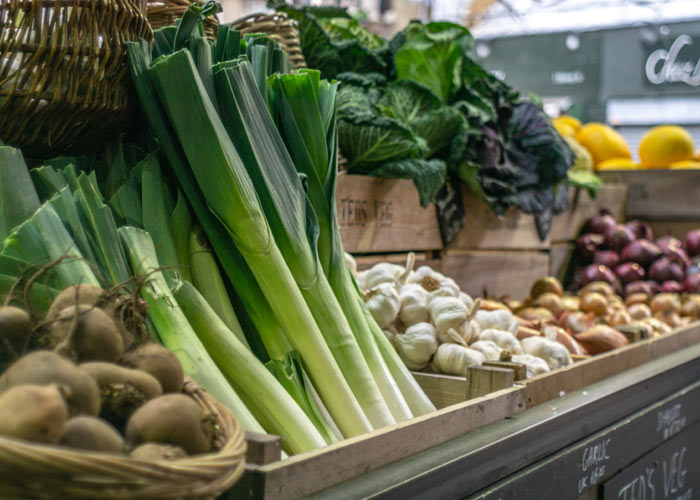 Weekly markets dating back to ancient times still attract shoppers for fruit & veg, and there’s five supermarkets within 15 minutes.  Local high streets have an abundance of independent and brand name shops, cool bars, a fantastic array of restaurants and cosy cafes. The city lights of Leicester and Nottingham are within easy reach and we drive into London on Saturdays for the special stuff. 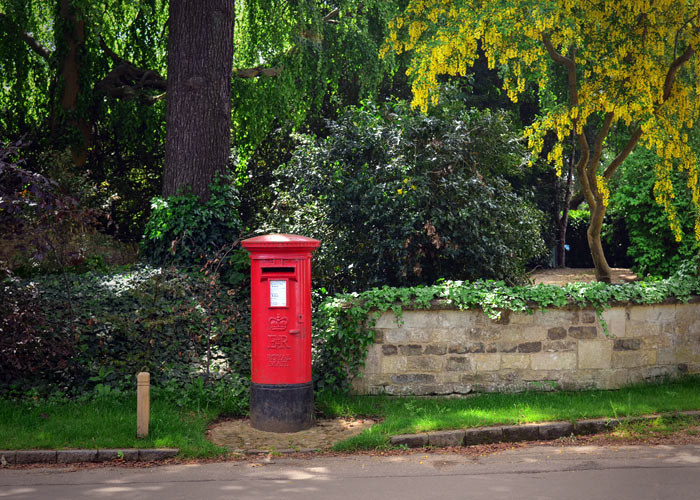 #8.  We feel we live amongst history and we have fibre optic broadband

Lyddington’s Bede House was acquired by Bishop Remegius in 1085.  Uppingham’s Fatstock Show was established in 1889. Our family loves to feel a connection with the past.  And yet – with all this ancientness – our internet connection is so fast we’ve had both homeschooling going on and business video calls and never had a glitch. 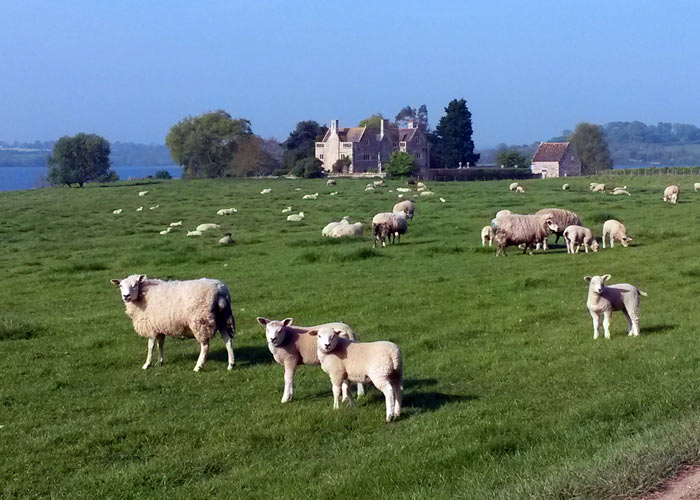 #9.  We have both sheep and chief executives as neighbours

Yes, when I step from my car, I take a deep breath of the country.  We have fields on three sides and the peace is palpable.  But don’t expect a world of yokels.  Rutland villages are chosen by people who value the peace because they have careers and busy itineraries and kids they want to invest in. They are people just like you and me.

Moving to Rutland from London has opened our eyes about what is possible.  The best of both worlds for our family.  I remember we were sitting watching fireworks over the lake soon after we arrived, our young kids stumbling about on the grass, and there was an aha moment:  ‘So, life can be lived this way!’