It’s an age-old dispute: parents are eager for their grown-up children to get onto the property ladder and the twenty-something kids claim it’s not as easy as it was back in Mum & Dad’s heyday. But who is right?

To put an end to the debate once and for all, the Howells team have searched through house price history and income data from the Office for National Statistics to find out the truth: Was it more affordable to buy a house 20 years ago?

Here’s what we found:

Let’s look at the research in more detail:

Properties Are More Expensive than Ever…

Property prices have increased on average 7% per year since 1980. The greatest annual increase during this time was in 1988 when the average house price went up 25.6%.

There have only been 4 years in the last thirty when property prices have not risen. 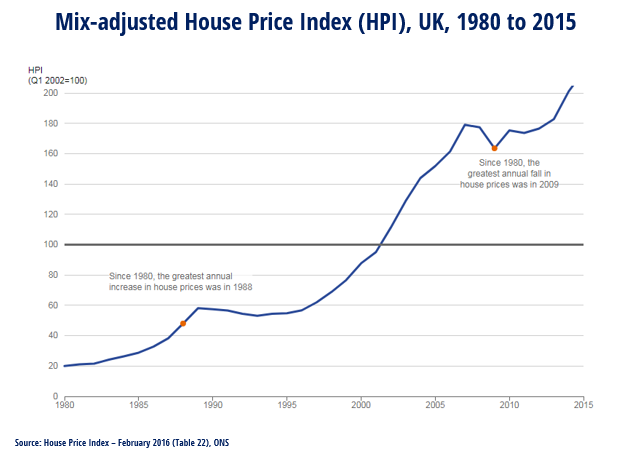 While properties are more expensive than ever, UK earnings are also higher than decades ago – but have they grown proportionally?

According to the Office for National Statistics and the Annual Survey of Hours (ASHE), median gross weekly earnings have grown from £268.90 to £438.60. 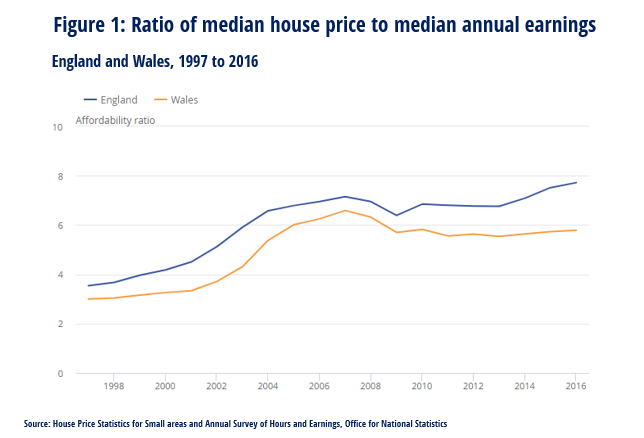 The gap between the least and most affordable areas is now greater than ever and affordability has worsened across the entire country, London in particular.

In 2016, the most affordable local authority to buy in was Copeland, Cumbria, where property prices were on average 2.8 times more than annual earnings. On the opposite end of the scale, properties in Kensington and Chelsea cost 38.5 times more than the local average annual income.

First-time Mortgages Have Decreased Markedly Since 1980

The Office for National Statistics data clearly shows that properties are less affordable than twenty years ago, but is this reflected in the number of first time buyers taking out mortgages?

Unsurprisingly, less affordable housing has resulted in fewer mortgages being given to first-time buyers. 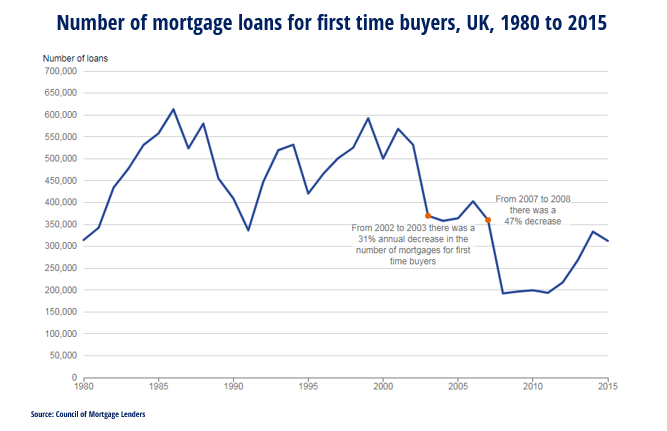 Since then, despite rising house prices, the recovering economy has seen the number of first time buyers being accepted for mortgages begin to recover, however pre-2003 highs have not yet been met.

The Average Homeowner is Also Getting Older 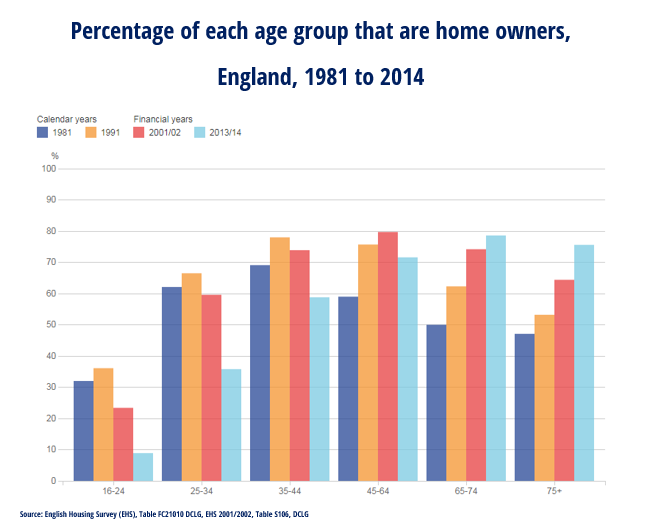 On the opposite end of the scale, the number of homeowners belonging to older generations has grown – more over 65s own a property than anyone else.

The numbers show us that those who bought their homes in the 80s and 90s unsurprisingly stayed on the housing ladder, but subsequent generations have found it much harder to buy their first home.

Not Enough New Builds Are Being Built

Younger generations’ inability to get on the housing ladder is explained at least partially by the fact that house building in the UK has declined markedly since 1980. 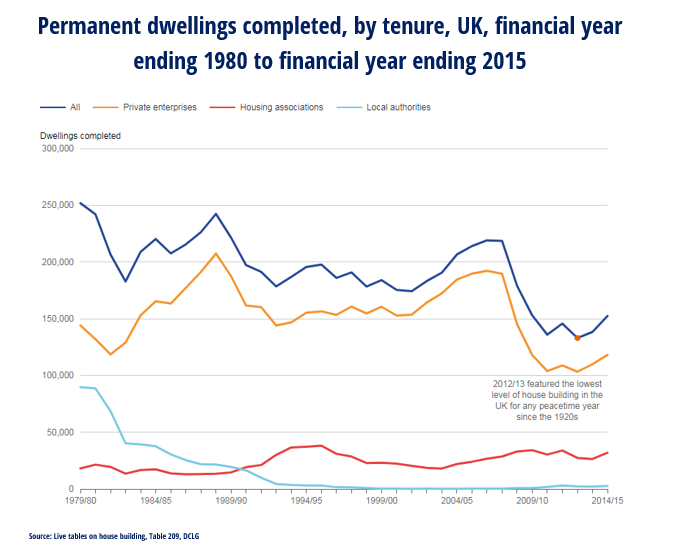 This lack of supply is helping to push up property prices amid high demand.

Conclusion: It Was Easier to Buy a House in Your Parents’ Heyday

From the rise in 1988 to the crash twenty years later, the average cost of a home in the UK has frequently fluctuated, but overall a strong demand for housing has seen substantial growth in property prices.

Furthermore, with affordability decreasing it’s no surprise that first time buyers today will find it considerably harder to get onto the property ladder compared to their parents or anyone else purchasing 10, 20 or even 30 years ago.

It’s not all bad news though. There are schemes out there such as Help To Buy which are bridging the affordability gap and giving some prospective homeowners the chance to buy their first property. In fact, nearly 5000 homes in Wales alone have been bought using the popular Help to Buy scheme.

Howells Solicitors offers expert legal advice in South Wales and beyond. With six offices across Wales, including its headquarters in Cardiff, Howells has the size, experience and knowledge of a large legal firm, with the personal service of a small organisation.