The number of people falling victim to scams when making online payments to their legal representatives is on the rise, warns Solicitors Regulation Authority chief executive Paul Philip. 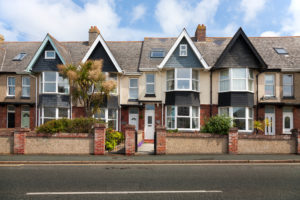 These scams often come in the form of emails from so-called solicitors asking for personal information, he says.

How common are they?

Statistics from the City of London police reveal that between 1 January 2013 and 31 October 2015 a total of £112,310 was lost due to this type of online fraud. In December last year alone, 10 cases of these scams were reported.

Despite the high frequency of these attempts to con homebuyers out of their money, many solicitors believe that not enough is being done to combat the dangers.
It’s more often than not the vulnerable or first-time buyers who fall victim to these scams. A recent case saw a newlywed couple lose £45,000 to a crime that was carried out after a hacker intercepted emails between them and their solicitor.

The hacker monitored the rally of emails between the couple and their solicitor as they discussed the payment of their deposit.

The hacker spotted an opportunity when a bank transfer was mentioned and sent the property purchasers an email that appeared to be from the solicitor, saying that the firm’s bank account had changed. The amount was then paid into an account operated by the hacker.

The couple had spent a decade saving for the deposit for their house and all but £22,000 of it was lost to the criminal.

This is the most common way in which your money can be stolen. It may sound scary, but there are ways to keep yourself safe.

How can I avoid being scammed?

Peter Rodd, a senior partner at Boys & Maughan solicitors in Margate, offers a wealth of advice on how to tackle online scammers.

• Be suspicious. If your solicitor emails you about a change in account details, be wary. Solicitors will very rarely change their bank account.

• Software won’t save you. The people who carry out these scams will be kitted out with the lates in malware (software designed to disrupt or damage a computer system). Your computer’s anti-virus or protection software won’t be able to stand up to this.

• If in doubt, call it out. If you receive an email from your solicitor that raises your suspicions, don’t feel any shame in giving the firm a call and informing them about the email, as well as stressing that you won’t give up any information by email.

It’s also important to educate yourself on what solicitors can and can’t do with different forms of communication. Your solicitor should not be sending payment details, completion statements or anything else of a financial nature via email. Anything like that should come by post or telephone, but even then, it’s always best to check if anything does seem out of place.

Most firms of solicitors will encourage you to verify with them directly before you make any form of payment.

Am I protected against scams?

The good news is you’ll likely already be protected against malpractices such as this. Solicitors’ indemnity insurance will cover for the firm’s system being hacked, if they’ve failed to take proper measures to protect clients or if the solicitors themselves are at fault.

Ultimately, clients can come to the Solicitors Regulation Authority to be compensated for their loss.

It may seem like scaremongering, but with more and more technology being developed constantly, there’s never too much you can do to prevent being the victim of fraud.

This article was written on behalf of Solicitors Journal – the world’s leading resource for the latest in legal news, both in print and online.