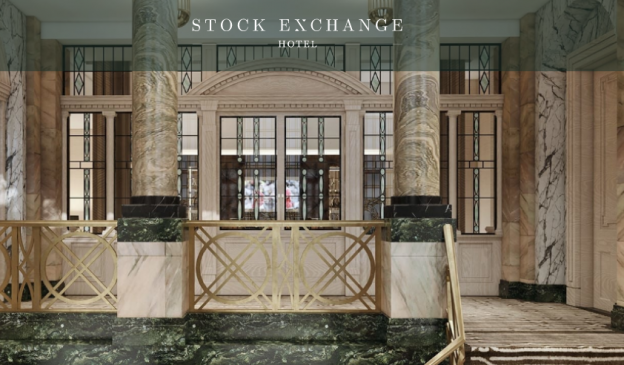 The hotel, backed by soccer players Gary Neville and Ryan Giggs, and hotelier Winston Zahra, is due to open in November 2019. GG Hospitality, which also runs Hotel Football in Old Trafford, will manage the property and will be a member of Relais & Chateaux, which now has more than 550 hotel members.

The former Stock Exchange building, located in the heart of Manchester, is a striking example of Edwardian architecture from the 20th Century and is currently being meticulously transformed into a hotel which will offer a collection of 40 rooms, including two signature suites and a stunning 3,500 square foot penthouse residence. The food and beverage operation within the hotel will be overseen by chef Tom Kerridge.

THPT Comment –  Huge surprise that there hasn’t been a Relais & Chateaux member in Manchester thus far. 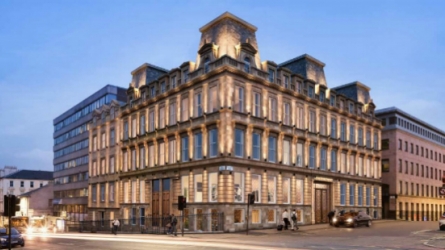 Plans have been submitted to transform Glasgow’s Wellington House and former tribunal court into a 98-bedroom hotel.

The vacant Glasgow property will be called the Wellington hotel and is described as a hotel that would “provide the best of both boutique hotels and serviced apartments”, with the developer stating: “anything that spells ‘chain’ goes against the brand ethos”. 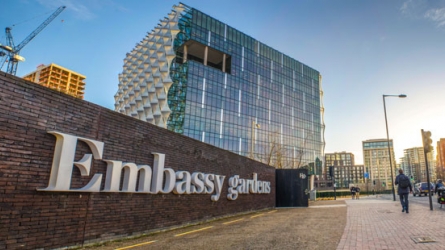 The site was expected to become the Dutch Embassy’s new headquarters. Dominvs director Jay Ahluwalia said the group was looking to revise the existing plans for a 150,000 sq ft hotel, which were drawn up by Ballymore in 2012 as part of its 15-acre regeneration scheme Embassy Gardens.

The cleared site adjacent to the new US Embassy in London’s Nine Elms was purchased from the Dutch Government and already has outline planning permission for hotel-led redevelopment.

The area, which is emerging as the city’s new diplomatic quarter, has recently seen the fruit of five years of regeneration with retail, culture and hospitality openings such as Robin Gill’s Darby’s restaurant nearby.

THPT Comment – Dominvs are rapidly becoming a major name in hospitality, from it’s roots in more commercial building development. This is quite a catch and lot’s more in the London pipeline. 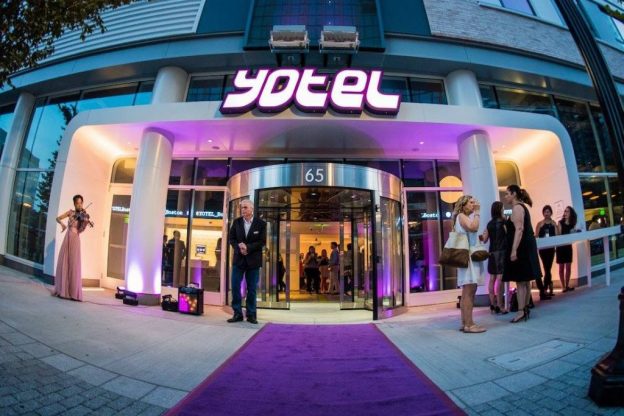 Yotel has signed to add a hotel in Georgia, USA. The 320 room new build will be part of the Underground Atlanta redevelopment, with a planned opening in late 2022.

The mixed use project is being developed by WRS, and will include retail, residential and commercial space. Yotel’s pipeline now extends to London, Edinburgh, Glasgow, Geneva, Amsterdam, Miami, Dubai, Mammoth, Park City, Porto and Long Island. 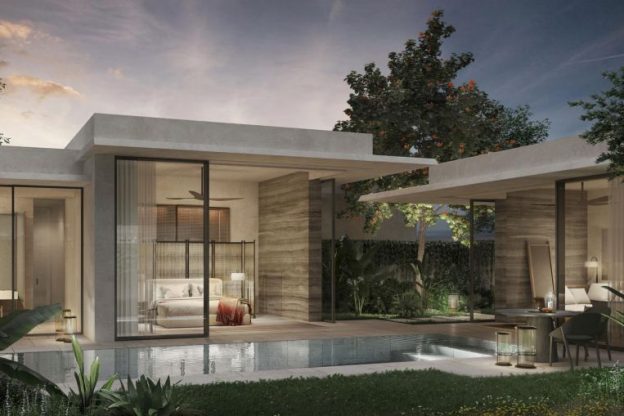 Accor has signed to add a second Raffles hotel in Singapore. The project will be built alongside the Sofitel in Sentosa, reports the Straits Times.

Developer Royal Group will create an all-villa resort. The original Raffles hotel in Singapore, which opened more than 100 years ago, is due to reopen after refurbishment, this coming August (2019).

Managing director of Royal Group Peter Wilding, said during a press conference on Tuesday that the hotel will be a new interpretation of the iconic Raffles brand.

“We did a lot of work in studying luxury resorts in Singapore and in Sentosa and we found that there is demand from tourists that want to stay in exclusive luxury resorts with that aspect of privacy and security. If we didn’t launch this new villa hotel, we would be losing those tourists to other parts of Asia.”

He added that the resort will be the first villa-only hotel in Singapore.

THPT Comment – Raffles, synonymous with Singapore, is expanding with a very new look