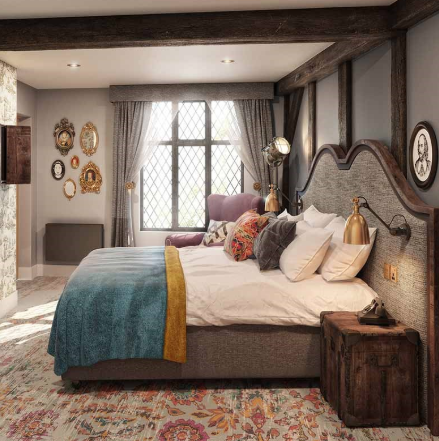 The project to restore the historic Hotel has not been without controversy, the owners pushing through with their plan to re-brand the premises despite local opposition.

The building is believed to be Stratford’s longest continually licenced premises and has been owned by St James Hotels since 2014.

Hotel Indigo – Stratford upon Avon is home to 93 stylish guest rooms with designs inspired by the history of the local neighbourhood. Each guest room pays homage to the town’s heritage, by using classic English materials such as wool and raw wood. A combination of antique furniture pieces and modern fixtures aim to create a contemporary space that celebrates the past with a modern twist. 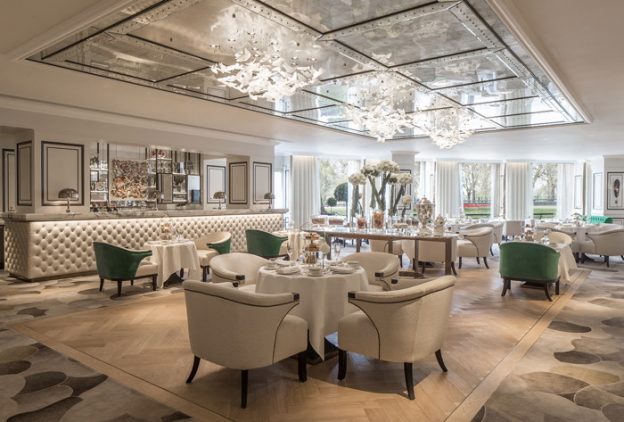 The former home of the Duke of Gloucester, Grosvenor House has commanded a notable location on Park Lane since opening its doors in 1929. Originally designed by famed architects L. Rome Guthrie and Sir Edwin Lutyens, the hotel has long been associated with royalty, international dignitaries and celebrities alike.

Infusing Hyde Park’s lush parkland into the design of the hotel corridors and guestrooms, the hotel exudes sophistication. A delicate foliage pattern gently winds through the hallways, while the redesigned guestrooms take cues from autumn in Hyde Park with rich golden leaves layered over the soft grey carpet to create depth and add warmth.

THPT Comment – Lord Forte, sadly no longer with us, would be proud of what Katara/Marriott have “done with the place”! 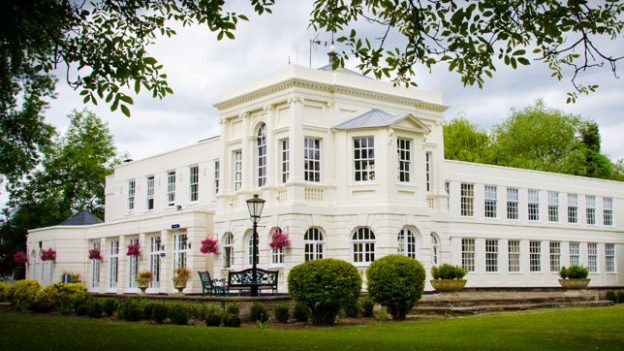 The island, with its intriguing history dating back 800 years, has been the haunt of monks, monarchs, aristocrats and writers alike.

A sophisticated yet casual brasserie, serving breakfast, lunch and dinner on the river offers its guests a modern take on British classics, with produce freshly sourced from the surrounding countryside.

Monkey Island Estate is the latest addition to YTL Hotels’ growing UK portfolio, a collection of hotels that specialise in beautiful design and understated luxury that includes the Gainsborough Bath Spa, Threadneedles, the Glasshouse, and the Academy.

THPT Comment – Great this fab location and hotel has finally been bought back to it’s original style…and more! 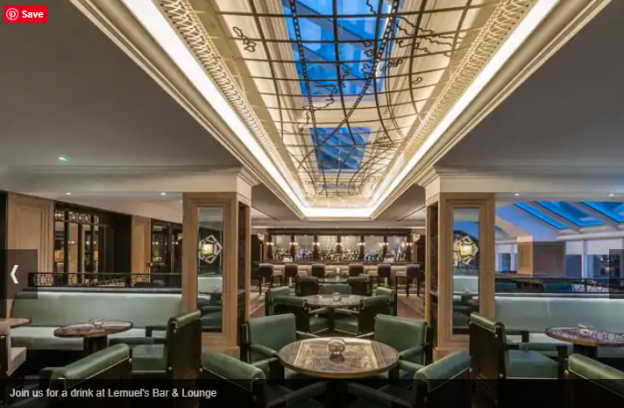 The Conrad Dublin, as it is now known, is currently 47.8% owned by both Hilton Worldwide (through their Park Hotels & Resorts Group unit) and the Cashel Fund, a regulated investment fund based in Dublin. Life and pensions group Aviva owns the remainder of the shares. The interests of all three parties will be sold as part of the deal now under negotiation.

The Ned to Launch Private Members’ Club in Washington DC 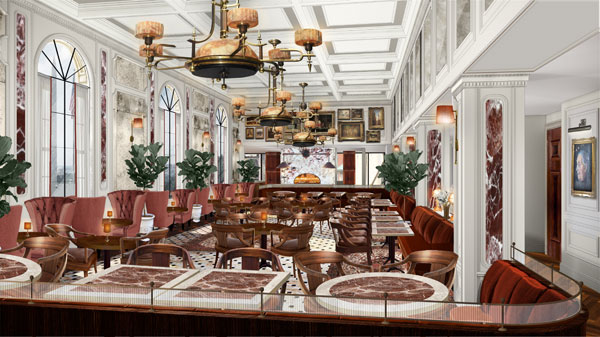 Soho House – owner of The Ned – one of London’s most ambitious hotel openings in recent years – is to open an outpost opposite the White House in Washington DC.

However, the new outlet will not be open to the public like the original, which opened in 2017 as a 252-bedroom hotel with nine public restaurants, extensive leisure facilities and a private members’ club. It will be operated by Soho House & Co as a private members club.

Ned’s Club DC will be designed and run by Soho House & Co, unlike the London site, which was developed as a joint venture with US-based Sydell Group. It will comprise a restaurant, bar, library, sitting room, two floors of events spaces and rooftop terrace with views overlooking the White House and Washington Monument.

THPT Comment – No holding back Nick Jones, his partners and fabulous team of staff…full credit to Nick. Word has it that a third Ned is on the cards, in a European capital city.