Prospects for the homeowner loan market in the UK continue to look bright for 2016 despite slowing growth and uncertainty in the world economy. 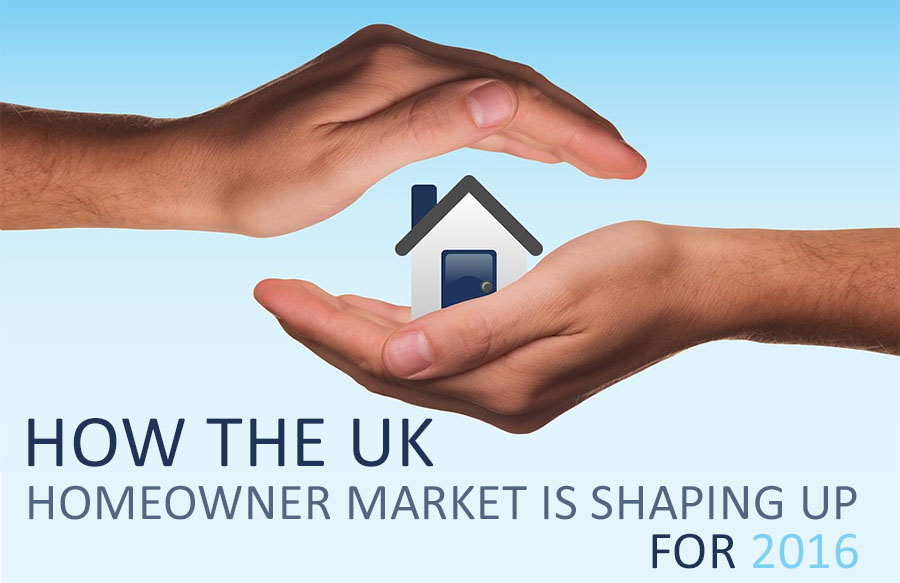 The Bank of England base rate has stuck at 0.5% since the start of the financial crisis in 2009 and many economists now think that it is likely to stay low for the rest of 2016 as concern over the state of the world economy mounts.

That will have a continued downward pressure on homeowner loan charges meaning that most forms of secured lending will continue to be cheaper than it was during the 1980s, 1990s and early 2000s.

In the US, the Federal Reserve raised its interest rate up by 0.25% in December but the European Central Bank recently cut rates again in the face of continued poor growth across the Eurozone countries.

The Bank of England continues to signal that interest rates will remain low in the UK.

The situation has changed from early last year when bullish forecasts of faster UK growth signalled that Britain’s prospects remained stronger than much of the developed world.

That led to predictions that interest rates would start to rise in spring 2016, but this has not happened and now looks less likely in the light of forecasts made to coincide with the Chancellor’s 2016 Budget that predict growth to slow from 2.4% to 2.0%.

All of this is good news for borrowers. Forward rates on many kinds of consumer lending, most notably mortgages and homeowner loans, have fallen back again with a variety of attractive deals launching on the market this year.

It means that people who need to borrow larger amounts will be able to choose from a variety of attractive deals, particularly with property prices continuing to rise moderately this year.

Those with enough equity in their homes (the difference between a property’s value and an outstanding mortgage value) have a huge amount of choice when it comes to borrowing. Homeowner loans, as with mortgages, have seen cuts in interest charges in recent months.

But those considering a homeowner loan should remember that the rate advertised may not be the rate offered. This can depend on a number of factors including how much equity there is in a property, the amount that an applicant wants to borrow and the credit rating of each borrower.

Those with little home equity, impaired credit ratings and those who may only need to borrow a modest sum may face higher interest rates than people with excellent credit records looking to borrow substantial amounts to pay for major home improvements, for example. Those in these more fortunate positions are likely to be offered lower APRs and larger loan amounts.

While total UK household debt dropped between 2008 and 2014 as people cut their spending and concentrated on deleveraging, more recent research has shown that the pick-up in the economy has seen the figure growing again. Britons now owe an average of almost 28% of their total annual income on unsecured loans, credit cards and other borrowing not linked to their properties.

That figure – an average of about £12,000 – does not include secured loans like mortgages and means that many will consider cutting their overall monthly repayments by debt consolidation.

Those with a large number of other loans or credit card balances will be able to benefit from better homeowner loan rates by consolidating their existing debts into a single, cheaper monthly repayment. Homeowner loans have, in general, lower interest rates and longer loan terms than unsecured lending and sometimes make better financial sense for debt consolidation than unsecured loans.

There is evidence that increasing numbers of people are trying to enter the buy-to-let market by releasing the equity locked up in their homes to fund the purchases of new properties. Homeowner loans can be a less expensive way to do this than by remortgaging, particularly for people with good credit records.

To date, there are more than 200 homeowner loans being offered in the UK by lenders outside of the main high street banks. Interest rates vary widely with APRs of more than 50% for people with the worst credit records and little home equity and rates as low as 5% for those with the best records. Most lenders offer amounts of up to £300,000 but some can go higher – up to £500,000 in some circumstances.

Many of these lenders are prepared to consider applications for sums up to 70% of the value of a home and some offer repayment plans that stretch to 35 years.

But the situation will not last forever. Inflationary pressures appear to be growing in the US that could herald a rise in interest rates on this side of the Atlantic. That is usually followed by interest rate rises in Europe and across the world and if this happens, then there will be pressure on secured lenders to raise the rates it charges to new borrowers.

Overall, the picture for borrowers remains bright but the first clouds may be appearing on the horizon. If you’re are considering a homeowner loan, 2016 might be the last chance to grab a good deal before rates start rising again next year.

Article provided by Mike James, an independent content writer working together with technology-led finance broker Solution Loans, who were consulted over the information in this post.

What Do Rising Interest Rates Mean for Mortgages?