Since squatting in residential buildings became a criminal offence in England and Wales on 1 October 2012, squatters have faced a maximum punishment of 6 months in prison, a £5000 fine or both. 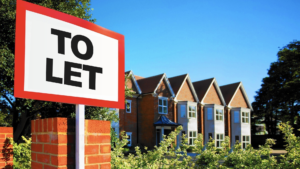 Squatters are a landlord’s worst fear. But there are ways to both prevent squatters entering a private building in the first place and evicting them once they’re there.

According to the dictionary, a squatter is “a person who unlawfully occupies an uninhabited building or unused land”. Though squatters can be defined as anyone who has no right to be on your property, they could be people who have entered when the property was empty, or have been let in by your current tenants but not part of the letting agreement. Essentially, a squatter is a trespasser who intends to live at your property.

You can use your own methods to evict squatters before consulting the legal authorities. If you manage to change the locks while the squatters are out of the premises you can take control back easily. However, violent force cannot be used and this method is not recommended if a squatter is present.

Squatters can be removed through a court order for trespassers. This process normally takes between three and four weeks. The squatter will be given a specific date to leave the property, which is usually around 14 days after the court hearing. If the squatter does not leave, the landlord can contact court bailiffs for removal.

If they do not leave it becomes a criminal offence and could result in up to six months in prison. It is also an offence for the squatter to return to the property within 12 months of the interim possession order.

Squatting in a commercial property that isn’t designed to be lived on is not actually a crime, but it becomes one if the building is subjected to any criminal damage. This includes breaking and entering, causing damage to the property, stealing from the property, fly tipping etc.

To gain your property back you must apply for an Interim Possession Order, which is all followed correctly should be obtainable within a couple of days. You cannot request an IPO if more than 28 days have passed since you discovered the squatters or you’re already claiming for damages caused by the squatters

Squatters most commonly enter a property when it is vacant between tenancies. However, the following tips can prevent this.

This article was written by Cityscape Properties