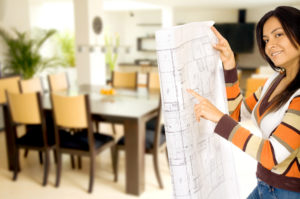 The Labour Party’s plans to introduce a mansion tax on properties worth more than £2m might have captured the headlines in the run-up to the general election in May, but party leader Ed Miliband’s idea to raise £1.2bn to help fund the NHS from the new property levy raises more questions than it answers.

The idea of a mansion tax was first raised at the Liberal Democrat Party Conference in 2009 when Vince Cable proposed a 0.5% annual occupancy tax on homes worth over £1m. In November 2009, this proposal was revised to a full 1% tax on homes worth more than £2m.

Just a year later, shadow foreign secretary David Miliband floated the Labour Party’s take on a mansion tax when he said it could raise £1.7bn to restore housing benefit for the least well-off.

While the Lib Dems have continued to press, unsuccessfully, for a mansion tax since coming to power as part of the coalition government, one of the most pressing questions is what is a mansion?

For most of us mansions mean a lavish country home with acres of grounds, stables and many rooms. But that may not always be the case, since the location of a home falling under the £2m bracket will play a major role in how things are handled.

There is still some debate on the way such homes are valued because council tax bands are still based on valuations from 1991.

One thing not in dispute, however, is that the majority of homes that would be subject to a mansion tax are located in London and the south east of England.

However, the Labour Party says its mansion tax proposal will apply to fewer than 0.5% of British homes. It adds that the £2m threshold will rise in line with the average rise in prices of high-value properties, so the number of home owners paying the tax will not increase. If prime property prices continue rising then by the time the tax is introduced the starting point will be higher than £2m.

The Opposition also says it version of the mansion tax will be progressive, meaning that the biggest homes will need to pay more than the ones at the threshold of £2m. There will also be a protection for those who have good equity, but poor cash reserves, allowing them to pay the charge from their estate upon death.

Exactly what these plans would spell for owners of high-end properties remains to be seen, but it could make plenty of business for removal and storage companies across the UK as those caught in the mansion tax trap seek to move into smaller, less expensive homes in order to avoid paying the levy.