The surprise tax changes that Chancellor George Osborne revealed in July’s summer budget have left buy-to-let investors across the UK crunching numbers to work out how the reforms will impact on their wallets. 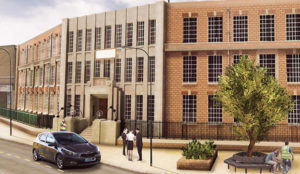 As the changes are complex and were introduced without consultation or meaningful warning, many landlords are only now starting to grasp the implications. For some, those effects are severe enough to prompt an exit from investments that are no longer going to be profitable when the new rules come in.

The new rules, which are to be phased in between 2017 and 2020, will see tax increase substantially for landlords who are higher-rate taxpayers and who have mortgages on a significant portion of their investment property’s value. For some, this will even mean paying more than 100% of profits in tax.

The changes will also impact on a portion of higher-earning basic rate taxpayers who hold buy-to-let property investments. Some of the reforms will mean that those who are currently towards the top end of the basic rate bracket will be pushed into the top rate, and therefore see their tax bills rise.

Those who are hit hardest by the reforms could see their tax bill more than doubled, and some will owe more in tax than they are making from their investments. Those who suffer from the latter problem, of course, will be forced to choose between implementing a steep, significant rent increase or simply selling off unprofitable properties.

These problems stem from the fact that landlords will no longer be able to treat their mortgage repayments as tax-deductible. They will be taxed on their gross rental income without being able to deduct the portion which is not actually profit but instead serves to cover their mortgages.

Landlords who have invested in property as a supplement to other income, such as pensions, are likely to be hit the hardest. The wealthiest landlords, who do not need mortgages in order to purchase buy-to-let properties, will be less affected by this change.

Profits on a buy-to-let investment are likely to be wiped out by 2020 for higher rate taxpayers with a mortgage covering 75% or more of the property’s value. Property investments in relatively low-yielding markets, such as London and the wider south east region will be especially exposed.

These reforms have provoked no small amount of controversy, with many landlords writing to their MP or to the Chancellor himself to protest. An online petition which calls for a withdrawal of this tax has so far attracted thousands of signatures.

The grounds for such criticism are powerful. The fact that people can be required to pay more to the public purse than they are actually making in profit on a given income stream is, of course, controversial. No less unpopular is the fact that the new tax was announced almost entirely out of the blue and with no consultation at all.

How To Maximise Your First Property Investment As A Landlord