When it comes to extending your lease it can be somewhat complicated. It’s all about understanding how the intricacies of the system work and what different methods there are when it comes to leasehold enfranchisement. Many say leasehold is an antiquated system despite the ongoing changes since the 1960s. Let’s take a look at the history of leasehold and the developments over the years:

The idea of leasehold property ownership is very old and dates back a thousand years or so to the 11th century. Even in the Doomsday book, the oldest public record in England which was commissioned by William the Conqueror in the mid-1080s to keep an eye on the wealth of the nobility; the term ‘freeholder’ (the full outright ownership of land) was used.

A few decades later, land equalled power and those who owned a lot wanted to ensure they profited from it! The idea of ‘leasing’ was introduced so ‘surfs’ could work the land for a while on the condition that they would pay their masters through the provision of food and services. So in many ways, there’s not that much difference between this Medieval interpretation of leasehold and freehold and how it works today, in so far as leaseholders make contributions to the freeholder through service charges and leasehold enfranchisement.

Courtney Manton, partner of  Belgravia estate agent specialists Best Gapp, who has over 30 years of experience in the property market, says: : “A lease on property is an agreement between two parties for a term of years with obligations on both parties.  Landlords agree to provide services; tenants usually agree to pay rent; maintain the property and enjoy the benefit of occupation.”

Although freeholders still had lots of power during this period, a series of Legislation and Rent Acts were introduced in order to restrict landlords evicting tenants easily. To stop losing money, landlords started selling long leases, up to 125 years, on their properties (mainly houses and flats) as a way to earn more. Hence the beginning of the modern leasehold system that is still with us now, and the necessity of modern leasehold enfranchisement laws. 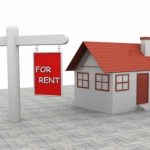 In the 1950s there was a rapid increase in the construction of flats, meaning that lots of people became leaseholders. This is because it was the only way to divide buildings so lots of people could buy properties. The law required a separate land boundary visible on a map to define the freehold, which wasn’t possible for big blocks of land.

However, there was uproar the 1960s when lots of elderly tenants were threatened with eviction after their leases ran out. Further changes were made to protect leaseholders with the allowing of leasehold houses (1967) and flats (1993) the most recent being under the Commonhold and Leasehold Reform Act in 2002. Today leasehold enfranchisement is widespread, with leaseholders allowed to extend their leases for an additional 90 years and ensure that they are safe for the lifetime of their property.

On the other hand, there ARE still many areas of grey as Courtney Manton notes: “There is nothing to stop individual lessees approaching the landlord themselves to agree a premium to extend the lease either for a statutory term of 90 years or shorter or indeed longer term but again the lessees will need to be advised as to the correct premium to pay and to be aware of the issues concerned.”

So there you go, a look at how the idea of leasehold has changed over the centuries. Many still criticise the system, but it’s certainly come a long way during the last 1,000 years or so!