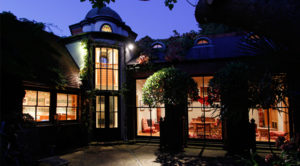 One London estate agent says the radical reform of the Stamp Duty Land Tax announced in Chancellor George Osborne’s Autumn Statement will have little effect on buyers of mid-range property in the capital, while another says it will have minimal impact on the top end of the market.

When delivering his Autumn Statement, the Chancellor said he was abolishing the “slab rate” of stamp duty in a bid to help first-time buyers. “The tax will apply progressively to the part of the property in each band, like income tax,” he explained.

“This could mean the difference between buying or not for a very small number of our buyers, but I doubt it will have any real impact as far as we’re concerned.”

Mr Symes, who runs Eden Harper’s Battersea office, continued: “What I’d really like to see is a measure to reduce the time it takes to exchange contracts once a sale is agreed. Many of the problems that occur are simply because so much can change in the long weeks from making an offer to being legally committed.”

The changes to stamp duty rates came into force at midnight on the day the Chancellor delivered his Autumn Statement on 3 December and follows changes to the planned introduction of a stamp duty ‘alternative’ in Scotland next year.

And Laurence Glynne, partner at West End property specialist LDG, commented: “Introducing a rising scale of Stamp Duty, as opposed to an annual tax on high-end properties under the Mansion Tax proposed by the Labour Party, is far more realistic because it relates to property values, which was always the purpose of the tax.

“While a 12% rate for sales over £1.5m seems high, we believe in a short period of time people will adjust and it won’t stop them moving.

Figures can be analysed continually at different levels to paint a bright or dull picture but the most important fact, in LDG’s opinion, is the government has got this on the right track.”

The changes to stamp duty rates came into force at midnight on the day the Chancellor delivered his Autumn Statement on 3 December and follows changes to the planned introduction of a stamp duty ‘alternative’ in Scotland next year.

From April 2015, the Land and Buildings Transaction Tax will replace stamp duty north of the border. In a bid to help first-time buyers, the threshold for LBTT is set at £135,000, up from the stamp duty threshold of £125,000, and rises to 12% for properties worth £1m.