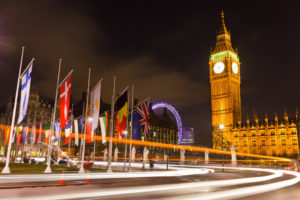 The West End of London remains the highest price office market in the world but Asia dominates the market in terms of expensive locations for offices, according to the latest Global Prime Office Occupancy Costs survey.

This CBRE study also found that rents are rising fastest around North and South America, with the US accounting for five of the 10 markets with the fastest growing prime occupancy costs.

This recovery is expected to continue, according to the CBRE, eventually leading to much better rates for hiring and reduction of available office space around most markets.

However, The Eurozone’s tepid economic recovery has held back occupier activity and resulted in static prime occupancy costs in most core European markets. The region’s 0.3% year-over-year increase in prime occupancy costs was primarily driven by buoyant conditions in UK cities, Nordic markets and the strong recovery of the Dublin office market.

The main decreases have been in central European markets, such as Warsaw (down 1.6%), where the economies are relatively healthy but new supply has driven down rents.

Only certain markets, such as London and Dublin, have seen a recovery in terms of demand of occupiers combined with a lack of new supply.

Asia Pacific, on the other hand, had 20 of its markets ranked in the 50 most expensive in the world. Seven of the top 10 markets also belong to Asian markets, such as Beijing, Hong Kong, Tokyo, Shanghai and New Delhi.
Higher costs of properties in terms of offices and housing has also made house clearance, office clearance, furniture clearance, flat clearance and other similar services less needed in the long run due to the smaller traffic in these areas.

Although this development has certain positive aspects for investors, it makes things harder for companies attempting to find their place in the office environment of London’s business world.