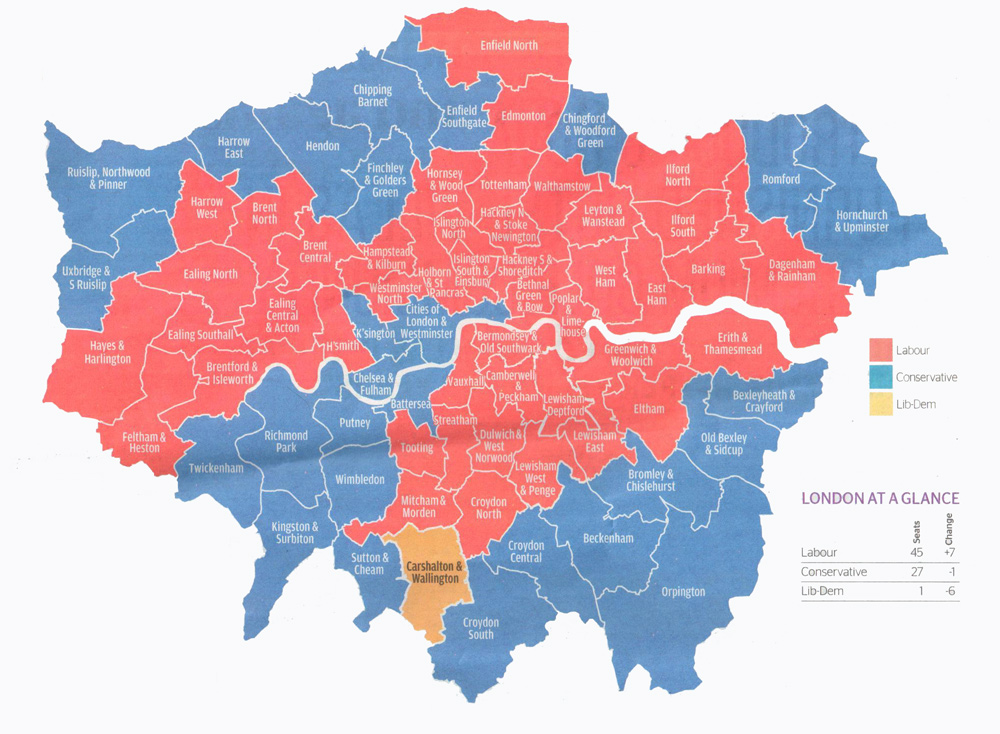 London gained an additional seven Labour MPs after the Conservatives lost one seat and the Lib Dems six following the general election.

The Lib Dems lost cabinet members Vince Cable and Ed Davey plus long-standing MP Simon Hughes as the party’s number of seats in London shrunk to just one.

Labour, with 45 seats, holds the balance of power in London followed by the Tories with 27 seats.