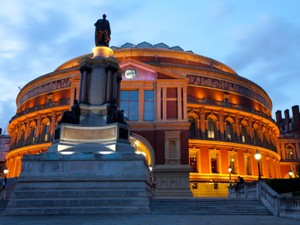 Bank of England boss, Mark Carney, has set hearts racing by announcing what he bills as the ‘new normal’ interest rate.

Whilst Britain has been basking in the relative luxury of the emergency rate of interest, 0.5 per cent, a figure which has not moved since 2009, Carney predicts that a new interest rate of 2.5 per cent will be introduced by 2017.

The 0.5 per cent emergency rate of interest is the lowest the country has ever seen. It was introduced to help ease the pressure of the economic crisis, which began in 2008.

The new normal interest rate is set to add pressure to households whose annual salaries are not likely to have increased. With the cost of living rising, more families are expected to find the repayment demands of a five-fold increase very difficult to meet.

A report by London estate agency, Savills, indicated that if rates were to rise to 2.5 per cent, the average London mortgage repayments would increase by £416 a month, £5,000 a year.

More affluent areas, such as Kensington and Chelsea, can expect to see their mortgage repayments increase by £730 a month, amounting to £8,800 per annum.

Even in a lower priced area, such as Barking and Dagenham, homeowners will still be hit with an average increase on their mortgage repayments of around £300.

Across London, the interest rate rise would add £4.4 billion to mortgage payers’ bills.

A recent survey by mortgage broker, Ocean Finance, indicated that forty six per cent of home owners would find it difficult to meet repayments on their mortgage if their loan repayments increased further, to three per cent.

The 0.5 per cent low interest rate is said to be the reason why the London property market has seen a sharp improvement. This has also been reflected in the increase rate of property prices in England and Wales as well.

Lucian Cook, the director of residential research at Savills, predicts that the increased interest rate will stall the rise of property prices for the next five years as borrowers struggle to meet the new costs.

In the current market, and where property transactions started before May this year, London property prices have risen their fastest since 2004. However, reports from the Land Registry suggest that since May this year, the market has slowed down, in anticipation of the new interest rate rises.

Homeowners are now being urged to fix their mortgage rates so they are not hit by the increased interest hikes over the next year.

There have been no promises made about when the interest increase is likely to happen. However, it’s always best to keep an eye on the economy so you can be prepared when the increase strikes.

Any mortgage advice you get should be from an independent advisor. If you are looking to remortgage, make sure you give yourself at lease thirteen weeks before your current deal comes to an end.