London is the metropolis of the modern world, with popular tourist hot spots and transport links that can take you anywhere in the world. Over 8 million people live in the city, but would they ever think of moving out to the countryside?

Here are the top reasons why Londoners might think of moving away from the city.

Although London is one of the most popular destinations in the world, it can be very expensive to live there. This depends on where you are in the capital, as a flat in Westminster could cost you a whopping £10 – £20 million pounds!

Money is one of the biggest reasons why people are moving out, especially if they are renting. Even some of the cheapest properties to rent in London can be up to £500 – £700 per calendar month. The city is an expensive place to live, so more and more people are starting to further out and commute in.

Some of the most popular areas to live when commuting to London are:

It’s very rare to find and live in a large home in London (unless you have loads of money!) Properties are much larger and less expensive if you start to look elsewhere. You could also get a property with a garden, or an apartment with beautiful, expansive communal grounds, that is comfortably within your budget. 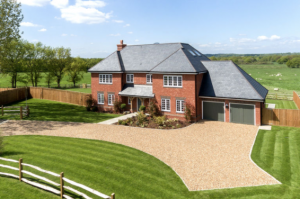 As a city, London is full of pollution. The city is also incredibly noisy – the sound of traffic, trains, and planes soaring overhead is the soundtrack to everyday life in the capital.

Some people like the hustle and bustle of city life, but after a couple of years living there, residents might start to desire a quieter location. Living in a busy environment isn’t for everyone, and some might prefer to live in the open countryside, or even by the sea. 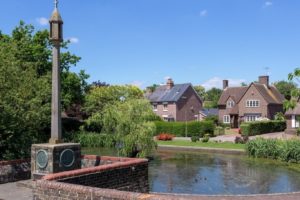 Wanting to start a family

Moving out of the city is usually common with younger families as they try to find more living space for their growing family, whilst staying close enough to commute into the capital.

London isn’t the most popular place to raise children due to the higher crime rate and pollution levels. With overcrowded streets during rush hour (and not much better besides), it can also be difficult juggling school runs alongside an already hectic commute.

As childcare costs and rent continue to rise, it’s little wonder people are moving out of the city.

So Where are People Moving to?

If Londoners are selling their flats or apartments for around £1 – £2 million, Beaconsfield or Ascot is a safe bet, as both locations offer a good amount of space whilst still feeling like a good investment. You can easily purchase a large, luxury home in either town for the same amount of money as a small apartment.

If people were looking for more affordable areas that are still within close reach of the city, towns such as Reading, Bracknell, and Slough are quite popular. With great transport links into the city and easily accessible, local amenities, these towns are a perfect alternative to city living.

Are you thinking of moving out of London?

If you are thinking of moving out of London, we suggest you do it sooner rather than later. With the certainty of the outcomes following Brexit negotiations, it looks as though the cost of living in the capital will continue to rise. There are many large, beautiful homes just outside of the city affording you and your family a better quality of life, and all for the same amount as a tiny flat in Westminster!

Millgate Homes builds extraordinary houses and apartments in nearby areas, which are ideally located for a London commute. There are many developments situated in idyllic locations such as Ascot, Beaconsfield, Lingfield and Camberley. 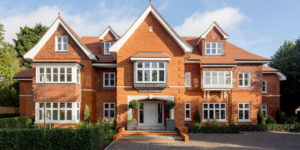