Homeowners approaching retirement age are turning their back on downsizing and using their pension savings to fund buy-to-let investments. 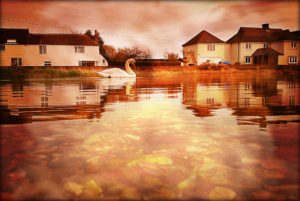 According to research by Prudential, 20% of homeowners over the age of 55 would consider making buy-to-let investments.

And 32% of those surveyed with buy-to-let properties say they are thinking about moving into their properties at some point in the future.

When they were asked how they planned to fund their investments, 52% of the interviewees stated that they would use their pensions.

Stan Russell, a retirement income expert at Prudential, says: “The fact that older people are now choosing buy-to-let to fund their retirement is understandable considering the post-pensions freedoms world we currently live in.

“However, there are many risks that anyone looking to use their pension savings should know about. These risks are universal, irrespective of the reasons given for using such savings.”

Following the introduction of pension freedoms in April 2015,  anybody aged 55 or over can access the money saved in their pension schemes without first buying annuities.

Russell adds: “The easiest approach most people wishing to increase their choices while securing their ideal retirement home is to start saving into their pension plan at the earliest opportunity.”

From April 2016 those investing in buy-to-let properties have been charged an additional 3% on the previous SDLT (stamp duty land tax). This charge was announced during the Autumn Statement released last November.

The government launched an investigation in the new SDLT rate in December 2015. Currently, it has been analysing the feedback that was issued by the consultants involved in the investigation.

Overall, however, increased land tax or not, most citizens aged 55 and above still maintained that they were seriously considering investing the funds in their pensions – specifically in the purchase of buy-to-let properties.