At the end of last year we spoke to five estate agents across London’s fair city to get a picture of what happened in 2012 and find out what they think will be in store for the property market in 2013.  This year has already seen reports of the first annual rise in house prices for two years. What else do the industry experts expect? We asked them to first give us an overview of 2012, then predictions for the year ahead. 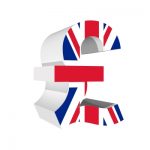 Rent: the average monthly rent for a one bedroom home in 2012 was between £1,000 and 1,500, across all the areas with the exception of West End agents LDG, who assessed this average as between £1,500 and £2,000. Paramount Properties in North West London saw an increased shift towards renting as a long- term housing solution.

Types of renter: all the estate agents we spoke to saw a mixture of singles or couples as the most frequent renters, with young professionals also being very likely to rent. Popular properties in Blackheath in were one or two bedroom conversions, with Wandsworth and Putney seeing two bedroom purpose-built apartments more common.

Across London it seems that second or even third time buyers were very active in the 2012 market, with a decrease generally in first time buyers, especially in more expensive areas. In North West London, Paramount Properties still saw many couples entering the market. At Chartwell in Putney and Wandsworth, the agents found many people following the downsizing trend; with older buyers selling the family home and moving somewhere smaller. Around the Wimbledon area, Robert Holmes estate agents experienced the most popular buyers being families, both UK and from abroad,  but generally not first time buyers. At LDG in London’s West End, the picture was not surprisingly slightly different, with many buyers looking for a second home or buy to let property. Deposit averages ranged from 30% to 50% across the areas.

In South West London, Robert Holmes were surprised by less new corporate enquiries from foreign tenants in 2012. Manager John Collard also saw that ‘the sales market has been significantly stronger below £2,000,000 than above due mainly to the increase in Stamp Duty on transactions above £2.0m. However prices have held up pretty well in Wimbledon generally and around the Village and Common in particular.’

In South East London, Jeremy Comber of Blackheath agents Comber and Co saw 2012 characterised by a ‘continued increase in rental values and a shortage of properties to sell, despite good sale values being achieved. A reduction or holiday period in the stamp duty would encourage sellers to move.’ 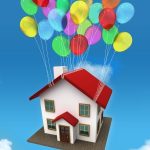 Paramount Properties, estate and letting agents in North West London, had a great 2012, with the company winning awards and growing. Many of their tenants have now been in same property in excess of five years, some more than ten, and they see this trend becoming more pronounced in the coming years. They predict that ‘rents will increase circa 5% in core areas of London due to under-supply of property. This is a further move towards ‘generation rent’ being cemented.’

LDG, the West End specialists, envisage the market remaining steady towards the middle of the year: Manager Lawrence Glynn said ‘new developments scheduled to come to the market in the next 18 months, particularly in Fitzrovia, will continue to stimulate demand in this now prized location. Providing forecasts are correct regarding the growth in the economy which is expected to gradually pick up during the course of Q2/Q3 this will also maintain and attract interest in the West End.’

He continued to comment on the lettings market: ‘On the basis that the economy picks up in 2013, we can predict a substantial amount of students once again renting properties in the West End. Late spring and autumn will see the majority of activity in terms of properties rented as lettings is seasonal. Property prices may rise in the second quarter of the year as the number of properties on the market increase, matched with a larger number of people looking to rent.’

South of the river

John Collard of Robert Holmes in Wimbeldon said ‘we expect confidence to increase assuming that there are continued signs that we are coming out of a recession. There is a backlog of first time purchasers waiting to buy and this should have a snowball effect assuming that mortgage availability improves.’

At Chartwell UK, estate agents in Putney, Wandsworth and South West London, manager Kevin Woolcott said ‘There is a feeling that moving into 2013 the increase in business that we have recently experienced will continue. We hope our optimism is not unfounded as the signs of growth have been around us certainly for the past 6 months. The property market has proved itself to be resilient and there is no doubt that more property needs to be built to match the demand that presently exists.’

That’s it for our snapshot from the cusp of 2013. Will the predictions hold true? We’ll be back in contact with some more of our friends in the industry later in the year. Let us know in the comments what you think we should be asking.

All images from www.freedigitalphotos.net