Over the past few months, the private rented sector in the UK has been dealt a number of blows, with the governmental announcements regarding taxation of rental income and the stamp duty levy having dampened future investment intentions, leaving many experts worrying about supply issues. 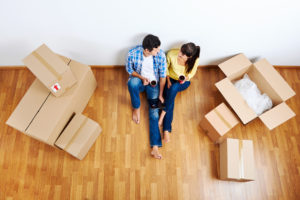 However, the changes in the UK residential buy-to-let market, which the government insisted is centred around the desire to see more Brits owning their own homes, is not showing any sign of dampening demand for rented properties, with the latest future forecast from Savills suggesting that the sector will continue to expand for years to come.

Economic recovery and improved employment figures – the latter reaching an all-time high recently – would normally be expected to increase the number of home buyers. However, the continued inflation of house prices, a market in which asking prices are now hitting a new peak in February, means that many people are still priced out of the market, leaving the rental sector in a state of expansion.

Savills said that government stats show the rental sector has grown by some 17,500 homes per month on average for the ten years to the end of 2014, and the consultancy believes that this expansion will continue in the next few years, with government policies seemingly designed to dampen the private rented market having only a minimal effect.

Dale Anderson from Experience Invest has concluded that renters may feel the pinch, if landlords are forced to increase rents in light of government changes.

Without the input of the chancellor, Savills said, the rental market would continue to build on the 4.6 million households currently in the sector, with 260,000 added each and every year in the UK. However, even with the government trying to push home ownership, this is only likely to bring about 40,000 new homeowners per year from the rental market, meaning that the growth of the private sector will continue, climbing by only 15 per cent less than the forecast at a rate of 220,000 per year.

This is the reason the sector is seeking more clarity from the government in terms of what it plans to do with regards to institutional investors. These were originally earmarked for exemption from the stamp duty tax changes coming in April, but there is no indicator as of yet as to whether or not this has been confirmed. Should large scale investors not be exempt, there is a real risk of the amount of money, and by extension supply of homes, coming into the market falling short of meeting demand.