According to the official English Private Landlords Survey which was released earlier this year, 10% of landlords plan on selling up because of legislative changes, with 74% of those reducing the number of properties and 63% of those selling everything. This is in contrast to the majority of landlords (53%) who said they plan on sitting tight with their existing properties, and the 11% who said they are going to further invest in buy-to-let.

Fortunately, there could now be an opportunity to avoid these fees and sell a home for absolutely nothing. Let’s take a look! 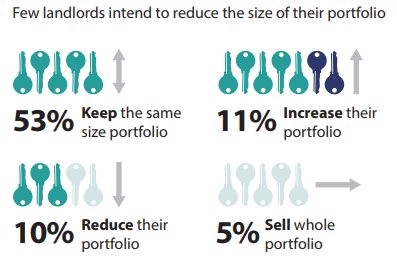 Recently, Portico estate agents announced that a handful of lucky winners will be able to sell their property without the fees that normally come with it. To get started, all you need to do is complete an instant property valuation on their website via: https://www.portico.com/valuation/coffee. Each month, one winner will be randomly selected, up until August 2019. You can see the terms and conditions here.

Portico are promoting this prize-draw in association with Perky Blenders, an east-London-based coffee chain who are one of the estate agent’s “Portico Places”, (a place the agents recommend to their customers who have just moved into the local area).

As long as your property is based in London, you could benefit from the partnership between Perky Blenders and Portico. What’s more, £0.05 of your purchase will go towards Papyrus, a charity that works hard to prevent suicide in young people.

“The London property market remains a buyers’ market. According to the latest Zoopla figures, London buyers negotiated an average asking price discount of 5.7 per cent in April – which has increased from 4.8 per cent the year before.

For this reason, it’s more important than ever to find a proactive agent who will work hard to sell your property, for the best price (or for free)! We hope that wiping our fees will come as welcome news to some lucky sellers.

We are also very proud to be promoting this prize-draw in association with one of our local coffee shops, Perky Blenders. Each coffee cup they give out will provide details on the prize-draw and how to enter, and better still, we’ll be donating 5 pence from each cup of coffee sold to Papyrus, a charity dedicated to the prevention of young suicide.”

If you’re looking to sell your property, why not take advantage of this competition from Portico? With estate agent fees around 44 TIMES higher than the 1970s, you could save thousands of pounds which can then go towards future investments!

What Do Rising Interest Rates Mean for Mortgages?