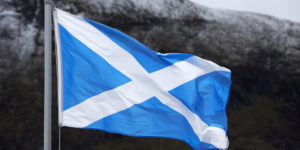 Scottish Finance Minister John Swinney has announced a major revision to the SNP’s flagship housing policy that could benefit up to 90% of home buyers.

The minister revealed plans to replace the old Stamp Duty system with a new more graduated system in November. At the time, he claimed the Land and Buildings Transaction Tax was a fairer alternative to the Stamp Duty ‘slab’ rule, which can distort market prices by forcing clustering of properties valued on or around the Stamp Duty thresholds.

The SNP is now increasing the 0% tax bracket from £135,000 to £145,000, which will take an extra 5000 homes out of tax altogether. Swinney points out that buyers of properties worth less than £325,000 will benefit from the new system, which could represent as many as 90% of Scottish home purchasers.

These rates have now been revised to:

The SNP is revising its flagship policy after Chancellor of the Exchequer George Osborne’s overhaul of the English Stamp Duty system made the Scottish LBTT rates appear less attractive.

Now, anyone buying a property in Scotland worth over £245,000 (just above the average cost of a detached house) will pay more if the LBTT rates are not revised. Critics claim this will hit the middle classes hardest and pressure has been mounting on the SNP government to improve its flagship policy. Many owners of high-end properties have criticised the plans for the eye-watering 10% tax rate that kicks in from £250,000.

These new rates have added an extra 5% tax band to break up the previous £250,000 to £1m bracket. Buyers of properties worth between £250,000 and £325,000 will be given a boost as the new rates will mean significantly lower payments for these purchasers.