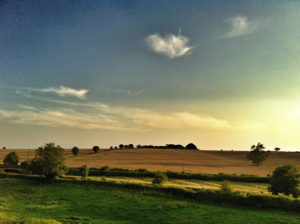 Conventional wisdom claims that the greenbelt must be protected at all costs. However, much of the talk about the lack of space on which to build new land is simply overstated.

Right now, there’s a housing crisis and young people will have to wait even longer than ever to own their own property. The problem can’t be resolved by introducing a  mansion tax or increasing stamp duty, it’s all about the supply factor. On average over the past four years, fewer houses have been built than at any stage since World War Two. However, this isn’t going to be resolved unless we can have an honest conversation about what steps need to be taken to increase the amount of property in the UK.

The truth about developed land

Contrary to popular belief, less than 10% of England is developed. Some 50% of surveyors believe that half of England is built over – at least according to a survey by Kate Barker for her 2006 report on land use planning. And, of the land that is developed, much less than half is actually covered by concrete; with parks and gardens covering more land than houses in cities. However, land is still hoarded and cities strangled with greenbelt land.

There are parts of the greenbelt that are truly stunning and need to be protected, such as The Chilterns, National Trust Land or the North Downs. However, most privately-owned greenbelt land is farmed and has limited rights of access. The value lies in the production of food and for those whom own property within it.

The original concept behind greenbelt land has changed. The original visionaries of town planning, such as Ebenezer Howard, wanted greenbelts to be a ring of parkland surrounding towns giving people a place for picnics, walk their dogs and where children could play.

But greenbelt land is now viewed as sacred and untouchable. This has meant that increasing the supply of affordable property has become difficult, as it’s perceived that building on this land will do untold damage to the countryside. Greenbelts cover about half again as much land as all towns and cities put together – 15% of the surface of the UK – and are used often as an excuse to keep a barrier between urbanites and rural-dwellers.

The problem with brownfield land

We’ve all heard about how we need to start building on brownfield land to get more properties built, but there are several problems with this. First, no one wants to live on the typical brownfield site. This is because the areas they’re situated in are often highly unappealing – with some sites being surrounded by electricity pylons, sewage treatment plants and the like.

Second, brownfield land is extraordinarily expensive to build on because of the costs involved to make it safe for construction in the first place. This is because building will only start when prices reach a certain level, due to the planning system. Over time, as easier sites are built on; it takes higher prices to achieve the same levels of building on other land to bring it to the same standard.

There should be selective building on parts of the greenbelt that do not have as many tangible amenities. These parts of the greenbelt are often closest to cities and even just building on a small amount of this land would allow thousands of people to live closer to cities and help to solve the problem of housing affordability for the next generation.