Rated People reveals what it’s like to work as a tradeswoman in the UK and takes a stand against the shockingly low representation of women in the trades industry. 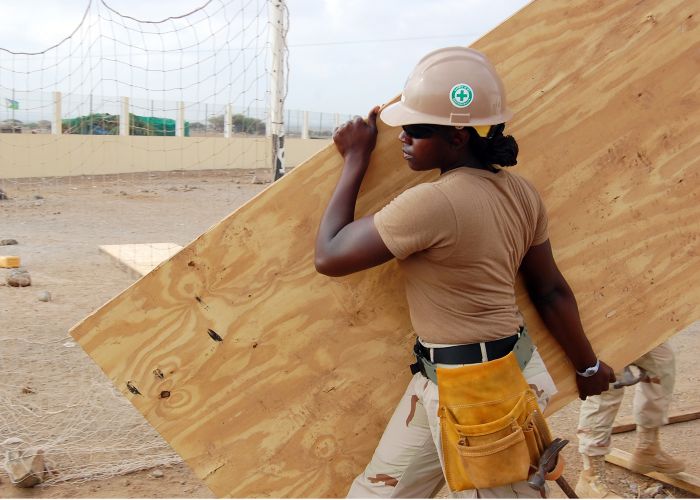 New research from the find-a-tradesperson platform, Rated People has revealed the biggest challenges faced by women who work in the trades industry, inclusive of all who identify as women, as well as the trades which have the lowest representation of women and the biggest gender pay gaps.

The study discovered well over a third of tradeswomen (39%) aren’t taken seriously because of their gender. One in seven (15%) have had personal safety concerns when working, and almost one in 10 (9%) say they’ve had customers who won’t let them work on a job when they see they’re a woman.

The findings are taken from the newly-launched 2022 edition of Rated People’s Home Improvement Trends Report, where researchers spoke to more than 600 tradespeople across the UK about working in the industry, and over 2,000 homeowners about their attitudes to hiring tradeswomen.

Positively, there’s growing demand from UK homeowners – nearly half (46%) say they’d definitely hire a tradeswoman, 43% have no preference and only 11% of UK homeowners say they’d prefer a tradesman. Almost one in three (29%) women in the UK also say they would feel safer hiring a tradeswoman to do a home improvement or maintenance job in their home.

But the research highlights just how out of balance the industry is. Over half (11) of the 20 professions with the worst levels of representation of women in the UK are within the trades industry.

Women make up less than 1% (0.99%) of carpenters and joiners in the UK, and less than 4% of electricians, plumbers, floorers and tilers are women. Across the 10 trades with the lowest representation of women, none of them have more than 5% of women in the workforce.

The 10 trades with the lowest representation of women

Women electricians earn 54% of what men do. Women in construction and building trades only earn the equivalent of 57% of a man’s salary, and women plumbers would take home just 61% of what a man would in the same trade.

Opportunities for tradeswomen in the UK

There are good indicators that change is starting to happen though – 32% of women in the UK now say they’d consider working in the trades industry. This could be a knock-on effect of the pandemic – people re-evaluating their jobs for example, or perhaps from increasing awareness of the opportunities that are available. According to Access Training, admissions of women on trade courses increased by 27% in 2021.

Google data also shows many homeowners are actively trying to find tradeswomen across a variety of trades. People searched for women painters the most in 2021, pulling in 27,500 Google searches over 12 months, and women builders, gardeners, plumbers and electricians also saw between 5,000 – 10,000 Google searches in 2021.

When speaking to tradeswomen about the biggest benefits of working in the industry, flexibility is key, with the top three advantages all about having increased autonomy. Almost one in four (22%) said ‘being their own boss’ was one of the biggest benefits for them – 18% said it was the flexible working hours, and 15% said they loved being able to choose how much work they took on.

Helping women homeowners feel safe was also a plus-point, with almost one in 10 (8%) tradeswomen saying they valued getting to help women who don’t feel comfortable or safe having a tradesman come into their home. 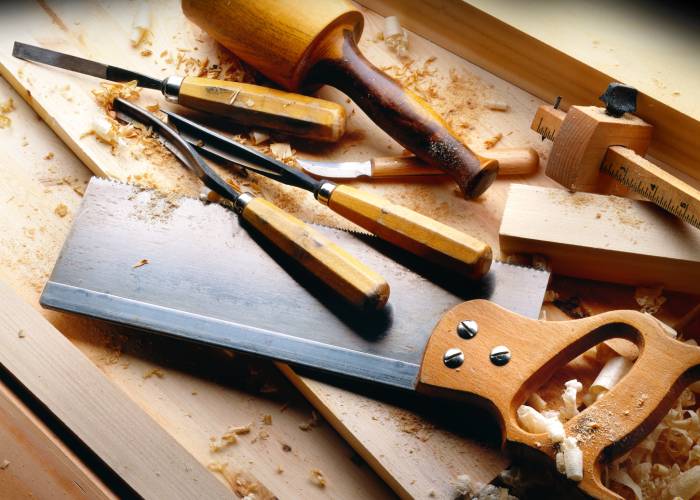 Following the research, Rated People has launched their new Rated People Empowering Tradeswomen Programme to help more women get into the trades industry and build successful careers. Whether they’re considering a career change, or they’ll soon be leaving school and considering their options, the programme is designed to help women at all stages of their trades careers.

“We’ve long valued individuality, diversity and inclusion at Rated People. Empowering more women and people across the gender spectrum to build successful careers in trades services is a priority for us. There’s still a lot to be done, but it’s a challenge we’re embracing.

With 14 of the 15 top trades recruiting significantly less women than men, getting more women into trades services can also play a huge role in helping to address the industry’s workforce shortage.

At Rated People, we’re making a pledge to feature more tradeswomen role models and we want to promote the incredible work being done by tradeswomen in the industry. We also want to make it easier for more women to get into the business, so we’ve launched a new programme that’s packed with benefits, help and advice.

No matter your background or career, we invite you to stand with us as we help strive towards a more diverse, equitable and inclusive workforce.”

To see the full research and the newest edition of the Rated People Home Improvement Trends Report, visit: https://www.ratedpeople.com/blog/home-improvement-trends-report

Modern and Personalized Pocket Door for Every Household

How to Create a Boho Living Room