Significant improvements to the north of England’s transport infrastructure are set to increase demand for property in this part of the UK. 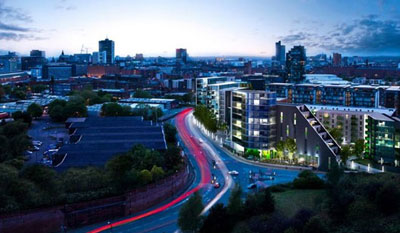 The plans are being carried out as part of the government’s Northern Powerhouse programme, which is designed to boost business in the north of England and increase the role the region plays in the UK’s national economy.

They include £75m to investigate possibilities for an 18-mile road tunnel between Manchester and Sheffield, which would be the longest of its kind in Europe.

Another notable project to receive investment is HS3 – a high-speed rail line that would link Leeds and Manchester. Chancellor George Osborne has announced that this project is to receive £60m in funding as the government attempts to reduce the time it takes to travel between the two cities.

The Northern Powerhouse initiatives have attracted a lot of attention from international property investors, notably in Asia and the Middle East. This is being put down to the fact that high prices and low yields are increasingly pushing investors in UK property out of London.

The north is a region that is experiencing strong price growth, while offering lower prices and higher yields to the south.

In fact, one estate agent has reported an increase of between 30% and 40% in investors looking to put their money in the north as buyers across the UK realise they can get more for their money than the south of England.

Good road and rail links are already playing a role in extending commuter zones, with northern cities such as Manchester, Leeds and Sheffield even starting to be seen as valid bases from which to commute to London.

However, further improvements to the region’s transport infrastructure are likely to increase demand for property from owner-occupiers and tenants, both in the residential and commercial sectors.

HS3, in particular, may now do much to spread demand for property created by employment hotspots over a wider area.

Owning vs renting commercial property: which is right for you?