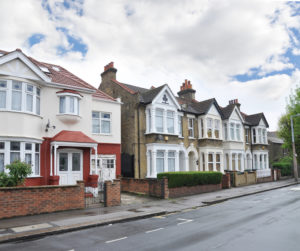 Figures released by the Office for National Statistics and the Land Registry show that landlords currently own £930bn of property in the UK, and that figure is likely to top £1 trillion by late spring. But why is the value of buy-to-let investments now three times larger than in 2001?

First, since the financial crash in 2008, house prices have been rising (admittedly at varying degrees and rates). Now, in some areas, house prices are beginning to rise rather sharply, making houses an investment opportunity for those with large volumes of disposable income.

The increase in size of the buy-to-let market is also accredited with rising rental rates. Investors who can afford the deposit amount (traditionally older buyers who are reaching retirement age) are more willing to buy property with the specific aim of renting it out to young tenants, providing them with a tidy nest egg for their retirement.

And in areas where demand is high, supply is rising, providing investment opportunities. Since 2001, around 2 million properties have been added to the buy-to-let sector and experts are predicting this could rise to 5 million by 2016, meaning that one in every five houses will be a rental property.

The recovery from the recession post-2009 has benefited many landlords greatly; especially those who have purchased properties in London or the south-east (the areas that have seen the highest rise in rental rates).

For many, renting has now become a lifestyle choice as well as a living requirement due to a financial squeeze. A study conducted by Eurostat (the statistics department of the European Union) shows that levels of home ownership in the UK have fallen below the level of homeownership in France for the first time since 1988. This suggests that the UK’s attitude towards home ownership has aligned with levels consistent with mainland Europe; especially as the number is still vastly above German levels.

Will the trend continue?

Due to the continual downward trend in home ownership levels, it appears as though we are unlikely to see many changes in upcoming years, and as a result it is likely that property ownership from landlords will only continue to rise in the coming years, with an increasing number of people looking to rent due to the lifestyle that it provides.

As well as this, with new pensions regulations coming into force in April 2015, new money could be brought into the sector once more, meaning that the £1tn barrier could easily be broken, with the number of landlords ever increasing.