Once a quiet corner of south-west London, Battersea is one of the largest regeneration projects in Europe – and property prices are rising fast 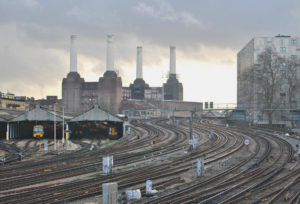 It is little wonder that Battersea is such a popular destination for property hunters seeking to set up home in London. Just look at what it has to offer – tree-lined avenues, the park of the same name, old father Thames, bars, shopping and great transport links to boot.

The triangle-shaped district is bordered by the River Thames, Battersea Park and the railway line that takes commuters to Waterloo Station. Battersea’s popularity as a residential area is helped by the wide range of property types available in the SW8 and SW11 postcodes.

From modern, waterfront developments to Victorian and Edwardian houses, period conversions and villas, families and young professionals seeking easy access to the City and a wealth of green space are spoilt for choice when it comes to finding the perfect home.

This is why property investors are also taking a keen interest in Battersea. Estate agent Eden Harper reports that prices in the area are rising rapidly thanks to the development of better transport links, including an extension of the Northern Line to the iconic Battersea Power Station. Here, you can read more about property for sale in Battersea.

The whole of the area is definitely on the up as far as new development and investment is concerned, which is why investors from around the world who are unable to find suitable property for sale in Mayfair or other parts of prime central London are looking south of the river.

Battersea is a byword for regeneration. And with the area set to join the Tube network in 2020, now is the time to join the growing number of young Londoners and families who have already discovered this popular riverside neighbourhood. The banks of the river in this corner of south-west London are now flanked by modern steel and glass structures capturing views of the Thames and offering underground parking, gyms, pools and concierge services.

One of the first, headline-grabbing developments was probably the conversion of the iconic Battersea Power Station into one huge residential development. Starting from scratch with a London monument that had been empty for at least 25 years, a total of £6 billion has been spent on building no less than 3,400 new dwellings – just ripe for investment.

Not for nothing has the development been described as the powerhouse of one of the biggest and most extensive regeneration projects in the whole of the capital.

As if this was not enough to whet the appetite of the hungriest of investors, work is now proceeding on an extension of the project into nearby Embassy Gardens, which will produce a further 2,000 or so dwellings.

Development on this scale, of course, leaves hardly any corner of this previously sleepy – and in parts down at heel – area unchanged.

Just along the road on the site of the former fruit and veg wholesale market at Nine Elms, a further development has attracted £15bn of investment, making it the biggest building development in London and one of the most extensive regeneration projects in Europe.

Apartments in the high-rise Nine Elms development are pitched at the higher end of the housing market, with the majority carrying a £1m-plus price tag – earning it the name of Dubai-on-Thames or Battersea’s answer to Canary Wharf.

But these are – understandable – the stories to hit the headlines. Throughout this diverse and varied district there are opportunities for investment in properties of every shade and hue. Not all of them may yet carry a £1m price tag, but it is unlikely to be very long before they do so.

Now might be the time to jump on the bandwagon and stake your claim in one of the capital’s fastest-growing regeneration projects – investors in Battersea may never have seen it so good.