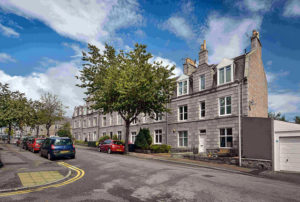 Let’s face it: if we had a crystal ball we’d all be multi-millionaires. It’s every investor’s dream to be able to spot the next ‘big thing’ and invest before anyone else gets in on the game. And property’s a pretty good option – certainly over the long term – and even the shorter term for amateur and not-so-amateur landlords.

While it’s pretty hard to accurately predict the market, it’s important to be aware of general factors and make an educated guess from there as to whether to expand your property portfolio. No one can tell if there’s a crisis just round the corner a la 2008 (not many economists in the UK managed to do this then – and they’re the ‘experts’), so it’s rather more practical to keep abreast of the key indicators going forward and be aware of what’s likely to affect the market in 2015:

Earlier this year, the Chancellor of the Exchequer George Osborne announced a rather radical policy  (well, in some people’s eyes at least) and that was to allow pensioners to have the freedom to withdraw their entire pension fund from the age of 55 and up, or to decide to take the money as an annual income. This has led to speculation that pensioners will look to enter the property market to get in on the property price boom. As buy-to-let portfolios have outperformed all other mainstream investments over the past 18 years, this could be very appealing for this demographic, in order to maximise their income in retirement. Studies show that in the past 18 years buy-to-let investment has provided an average return of 16.3 percent and there are 1.4 million private landlords who see their portfolios as a pension scheme. Add to this number a whole swathe of pensioners coming onto the scene to snap up bargains and you’ll have a booming buy-to-let market before you know it. So, perhaps a good time to snap up a deal early before the market goes up even more? It’s worth bearing in mind.

At the Labour Party conference recently leader Ed Miliband announced he would introduce a mansion tax on property worth over £2 million if he were to get into power next May.  Although many estate agents claim that it won’t affect prices as property in London is still in high demand and in short supply; others say that it could push prices down. Add into that the general uncertainty of an election and the market could well experience a slowdown during the first half of next year. This doesn’t have to be a disaster though: it could be a great time to pick up a buy-to-let investment for a good price with a view to selling in the next few years.

When assessing as to whether to invest in more property, it’s important to be aware of the rental yield you can expect. This is why it’s important to purchase properties in good commuter towns, with great amenities – student towns are always a good bet. Rents are currently increasing by 1.5 percent per annum – so do your calculations next year and going forward to see what yields are expected to be. The Office for National Statistics (ONS) isa good bet for keeping across this.

There are different predictions as to house price rises come 2015 – and not everyone has the same outlook. A poll by 20 experts in Reuters found the prices in London are set to climb even further: up 12 percent this year, six percent next year and five percent in 2016.  Although it’s important to remember that these rises could be tempered by interest rate increases – although it’s unlikely that the Bank of England will sharply hike rates any time soon as the economic recovery is largely consumer-based.

When deciding whether to add another property to your portfolio it’s vital to keep all of these factors in your mind and evaluate both the long and short-term consequences of your decision.