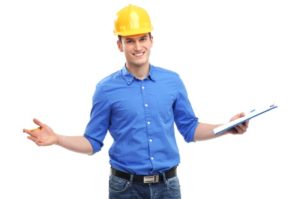 The affordability of housing has become a major problem in the more expensive areas of the UK, specifically London, which in 2014 saw the average price of a residential home top £510,000 compared with £272,000 for the UK as a whole. According to Safety Helmet Logo Printing property rates will drastically drop down in froth coming year.

However, since those heady figures were reached in July, average UK property values slipped 0.2% in September 2014 – the first fall in 17 months – as concerns about affordability, finding a mortgage and possible rises in the Bank of England base rate weighed heavy on the minds of house hunters.

The introduction of the Mortgage Market Review guidance in April created a bleaker outlook for the approval and growth of mortgage eligibility as the criteria for lending became harsher, coupled with the requirements to pay higher deposits.

This has the potential to curb the demand for property in the short term, while the spectre of a rise in the Bank of England base rate has created a real concern for mortgage holders.

Even though the expected rises are likely to be introduced in the second half of 2015, when the rates will still be lower than it was before the financial crisis of 2008, this has still supressed property prices.

Reports over this year indicate that many borrowers would struggle to meet their mortgage demand in the face of even a small rise in the base rates.

However, it is unlikely that property prices will fall too much next year, as the market will readjust due to the changes of previous years and property values will eventually become stable over the course of the next 12 months.

The Centre for Economics and Business Research predicts house prices are likely to see a 0.8% year-on-year fall as the market adjusts itself following house price growth of around 7.8% across the whole of 2014, which is more than double the rate of the 3.5% increase seen across 2013.

This could be good news for building companies as home owners seek to improve rather than move and cash in on large rises in their property values. By carrying out major improvements to their properties in a flat or dipping housing market, homeowners can add to the market value of the property without facing the previous year’s rising final costs that make such investments a risk.