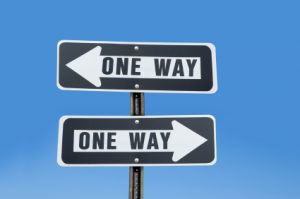 Will revising the Estate Agent’s Act put us on the wrong road?…

…The NAEA thinks so.

Estate Agent Today reported that the NAEA has submitted a ‘full response’ to the Dept. of Business Skills & Innovation after reviewing recommendations from the Office of Fair Trading.

Dare I say it, the 230 page report makes interesting but not alarmist reading.

Most of the imagined furore, (I say imagined as many NAEA members have not even been made aware of the proposals and so the furore must surely be media hyped?) centres around recommendations to clear the way for the ever increasing on-line portals and digital marketplaces that offer property related services direct to a consumer. As well as inviting more innovative pricing structures to the industry.

The report is fairly consistent recognising that consumers actually prefer dealing face to face with agents that ‘have local knowledge’. Additionally, the report also points out that while a vendor may only engage a sole agent buyers will look at ‘multi-homing’ options i.e. viewing properties with a number of agents. However an agent will list the vendor’s property on a number of portals making it ‘multi-homing’.

What NAEA member’s are most concerned about is the potential for unregulated services to proliferate as the OFT does suggest looking at how the role of the ‘estate agent’ should be defined. Quite reasonably the report recognises that the 1979 EAA has not really been reviewed since 1982 at which point its reviewers were not aware of the role that the World Wide Web would play in the property industry.

Ironically, this is where the public actually describe estate agents as being ‘trustworthy’ and citing their preference for high street agents over on-line agencies being one of a trust issue. The report also indicates that consumer complaints have fallen in recent years particularly towards traditional estate agencies.

Nonetheless, the NAEA is right to address this problem directly, despite its critics saying it should be doing more to protect its member’s interests. However one wonders if it is the increased awareness by buyers and sellers of unscrupulous agents that has energised the industry into becoming more regulated while softening its image for sharp practice rather than the industry itself.

While the NAEA is looking for the industry to become even more regulated, suggesting that a license should be required at entry level. The OFT’s report does not see this as necessary, saying that while entry into the industry is relatively easy and so should encourage competition, a mix of consumer behaviour and traditional practices actually discourage newcomers to the market.

The OFT therefore recognises that there is the potential for newcomers and/or different ways for traditional agents to work, especially in their structuring of fees, the OFT going so far as to suggest that ‘menu’ pricing may open up the market to competition as it finds the percentage structure comparatively uncompetitive.

This reflects it’s further concerns that vendor’s wishing to sell their homes privately are currently excluded from many property portals, the said portals stating that possible recourse over property mis-descriptions are a key factor in the exclusion of private sellers.

All in all the report simply presents a series of findings from researching directly with consumers and spending time with estate agents. To be in uproar would seem to be a slight over reaction and criticism of the NEAE may be a little unfair as out of the just under 15,000 agents asked their opinions only 6% (less than 800) responded.

So while the NAEA may indeed state that changes in the EAA may be headed in the ‘wrong direction of travel’ we must consider if the map was read properly in the first place.