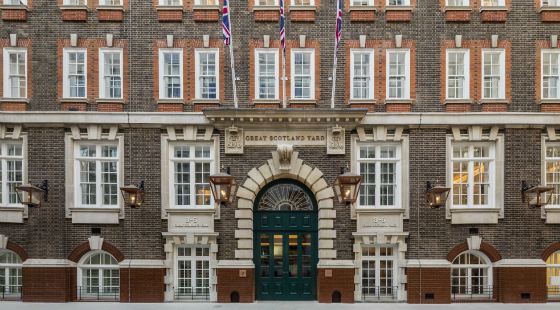 Inside the hotel secret doors will lead to a whiskey bar/clubroom, signature restaurant and private dining rooms. The restaurant will have chef Robin Gill, who also owns the Dairy and Sorella in Clapham, at the helm. The space has been inspired by industrial warehouse architecture with timber flooring, brick walls and vaulted ceilings.

Eleven suites include a converted former townhouse, which will have its own street entrance as well a family room, dining room, kitchen, private study, wine cellar and bedrooms arranged over several storeys.

Former basement cells have been converted into a gymnasium, conference spaces and a ballroom.

THPT Comment – Great to see this beautiful old building been bought back to life as what promises to be a fab luxury hotel. 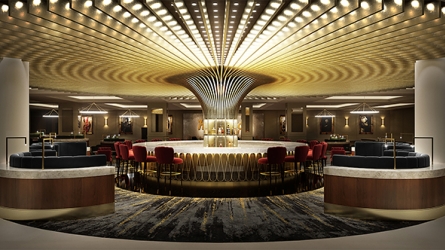 The Hard Rock Hotel London will be owned and operated by GLH Hotels, owned by Singaporean GL Ltd, headed up by Kwek Leng Ben and in the UK by CEO Neil Gallagher. Their other brands in the UK are Amba, Guoman, Thistle and Thistle Express.

The Hard Rock Hotel London has confirmed it will open on 30 April following the transformation of the former Cumberland hotel.

The property in Marble Arch, the first Hard Rock hotel in the UK, will be one of the largest hotels in the city with approximately 900 suites and rooms, occupying a property that was formerly a favourite of 1960s rock legend Jimi Hendrix.

THPT Comment – The Cumberland, as was, has been a lot of things over the years since it opened in 1933….but nothing like it will be as a Hard Rock Hotel! 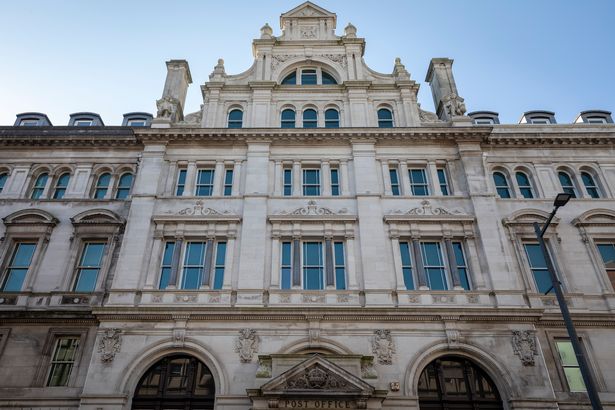 The two buildings in the centre of the capital will be transformed through a new joint venture between the Welsh Rugby Union, financial services giant Legal & General and property development firm Rightacres.

The WRU is expected to reinvest part of its profit margin from the hotel into the professional game in Wales through the Professional Rugby Board.

THPT Comment – They won the Six Nations this year…what a prize!

The Israeli-based Fattal Hotel Group has acquired the long-term lease on all four hotels, marking its first entry into the central London market. The hotels will be operated by Jurys Inn & Leonardo Hotels UK and Ireland, Fattal’s European arm.

The rebrands are set to take place in “a matter of weeks” according to Jason Carruthers, managing director of Jurys Inn & Leonardo Hotels UK and Ireland.

THPT Comment – This has been on the cards for a while…Good to see a deal done…Leave 13 hotels still to go? Or will the Matharu brother hang to any? Great price for the brothers. Leonardo has become a major force here in the UK from a cold start-up before it’s deal with Jurys. 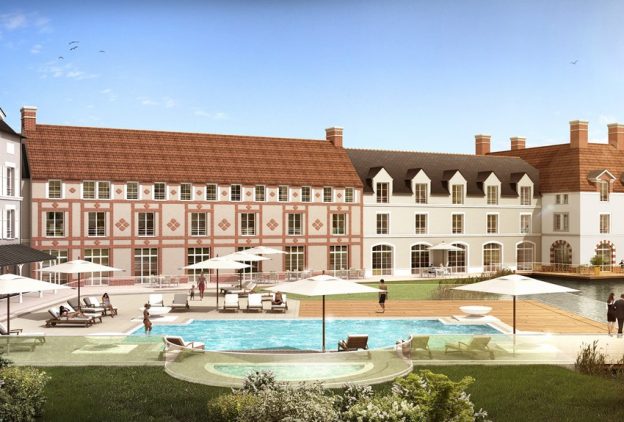 Staycity Group is set to open a resort-style property close to Disneyland Paris.

The property will feature both apartment and holiday villas, an outdoor swimming pool, café and restaurant as well as extensive gardens and terraces.

THPT Comment – Staycity’s new Paris venture is an interesting one – close enough to Disneyland Paris to attract families and leisure guests (and with the facilities to cater to them) but attractive to corporate guests too, with its excellent location and transport links.